Father of the two sets of twins killed in blaze at London house ‘after being left alone’ the week before Christmas shares his agony as 27-year-old woman is arrested for child neglect: ‘They were bright, caring, loveable boys’ 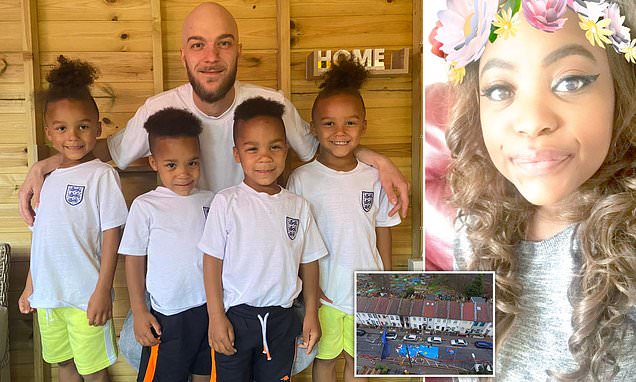 Dalton Hoath (pictured left, with his children), the heartbroken father of the two sets of twin brothers killed in the Sutton house fire has said his family have been left ‘devastated’ by the tragedy. A 27-year-old woman was today arrested on suspicion of child neglect after two sets of ‘sweet and happy’ twin brothers were left home alone. The boys were pulled from the inferno on Collingwood Road, Sutton, by firefighters but could not be saved despite frantic resuscitation attempts in the street outside at just before 7pm. The elder Mr Hoath has paid tribute to his ‘amazing, smart and beautiful grandsons’, adding: ‘I’ve just left my son. He’s absolutely devastated. We all are. I’ve lost four grandchildren and he’s lost his kids as well’. He added: ‘It’s all the more heartbreaking because their presents were all piled under the tree ready for them’. A neighbour and friend of the boys’ mother, Deveca Rose (right), said she lived alone with her four children and believes she worked for the NHS as a carer.