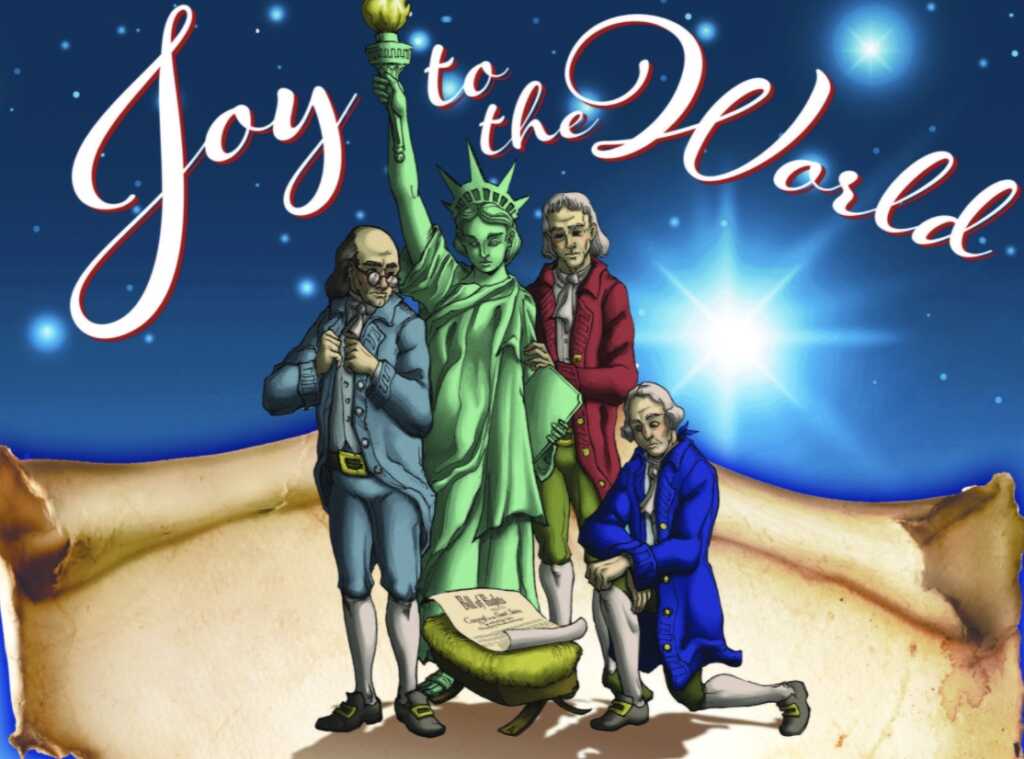 An atheist activist group placed a full-page ad in The New York Times Wednesday, warning about “the capture of the Supreme Court by Christian nationalist forces,” former President Donald Trump’s influence over the high court, and an imperiled “right to abortion,” among other issues.

The ad from the Freedom From Religion Foundation, an activist group located in Madison, Wisconsin, is titled, “Joy to the World … A Bill of Rights is born,” and features artwork that plays off traditional images of the Nativity.

Rather than showing baby Jesus in the manger, though, it features a copy of the Bill of Rights in the trough — and Mary, Joseph, and the wisemen are replaced by the nation’s founders and the Statue of Liberty.

The artwork, created by Jacob Fortin, is used by the FFRF to “counter Nativity scenes on government property,” as the organization said in a statement announcing The New York Times spot.

FFRF is placing a whimsical ad with an urgent message in Wednesday ’s New York Times to honor the 230th anniversary of the ratification of the Bill of Rights Day on Dec. 15. The full-page ad appears in the main news section. https://t.co/wu8Rj6JTrX pic.twitter.com/bAFQyAEzdP

While the full-page ad intends to honor the ratification of the Bill of Rights, which unfolded on Dec. 15, 1791, it also takes aim at current political trends the group believes could favor the religious masses.

“The scales of justice have been alarmingly tipped in favor of a privileged status for religion in our country. The capture of the Supreme Court by Christian nationalist forces is complete,” ad copy reads. “A third of our high court and almost a third of our federal judiciary were appointed by Trump, and their influence and decisions are imperiling the precious American principle of separation between religion and government.”

The ominous warning continues, “All personal and civil rights — including the right to abortion — are in jeopardy.”

The ad encourages people to join the FFRF and to advocate for the separation of church and state. Considering the Supreme Court’s current weighing of a plethora of faith and faith-adjacent issues, including abortion and policies governing public money and religious schools, it comes as no surprise that some atheist groups are reacting.