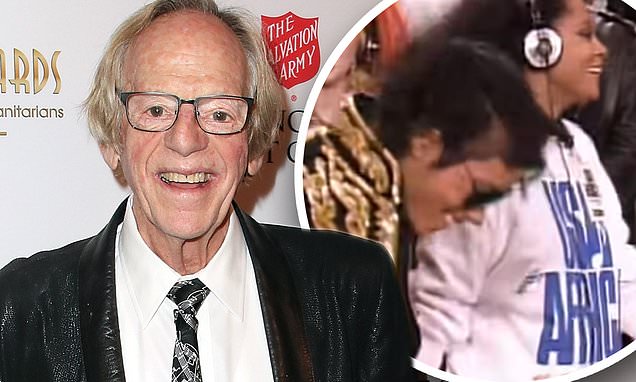 Ken Kragen, who is best known for organizing the hugely successful “We Are The World” song with Michael Jackson and Quincy Jones that raised $64 million for aid in Africa, died of natural causes.

The music world has lost a bright beacon this week.

Ken Kragen died of natural causes at age 85 at his home in the Los Angeles neighborhood of Brentwood, California on Tuesday, his family shared in a statement.

The personal manager was best known for organizing the hugely successful We Are The World song with Michael Jackson and Lionel Richie as writers and Quincy Jones as a producer. The chart-topping tune helped raise $64million for aid in Africa.

The Harvard business school graduate also worked with top acts of the Seventies and Eighties including the Bee Gees, Olivia Newton-John and Kenny Rogers.

He is also known for putting together the event Hands Across America where people held hands all the way from California to New York to help raise $34million to fight hunger and homelessness in the United States.

‘To have been married to someone of such character and loving goodness is the honor of my life,’ his wife Cathy Worthington said in a statement.

They were wed for 43 years.

‘While I am of course immensely proud of everything he has accomplished professionally, he has also been the best dad to me that I could ever ask for,’ his daughter Emma Kragen said in a statement.

It went on to raise $64million for USA For Africa and won many Grammy Awards.

The song was packed with some of the biggest vocal talents of the day and fans were amazed that so many super stars dropped everything to work together in one room.

It all began when Carmen Jones actor Harry Belafonte called Ken and asked him if he could help organize a concert that would generate funds to aid the needy in Africa.

In less than one month the manager got Michael Jackson and Lionel Richie to write the catchy tune as Quincy Jones served as producer.

They then reached out to many of their singer friends and the event snowballed.

The song – which had the lyrics ‘There comes a time when we heed a certain call when the world must come together as one There are people dying – Oh, and it’s time to lend a hand to life’ – was a hit on the music charts for months.

The song sold more than 20million copies. It is the eighth best-selling physical single of all time.

The following year he had another massive hit with Hands Across America. The national event involved six million people as they held hands from the East to West coasts.

The stunt raised $34 million for US residents.