Music producer Flow La Movie, 38, his wife, 31, and four-year-old son are among six Americans out of nine people dead after chartered Gulfstream IV private jet crashed and burst into flames during landing in the Dominican Republic 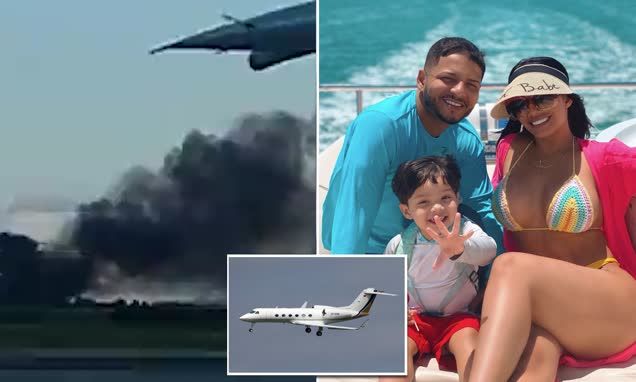 Music producer Jose Angel Hernandez (top right with his wife), better known as ‘Flow La Movie,’ died along with his wife, son and four other Americans after their private jet crashed and burst into flames during an emergency crash landing in the Dominican Republic on Wednesday (left). The Gulfstream IV aircraft had taken off from La Isabela International Airport on a flight set for Orlando, Florida, when it encountered problems and was forced to attempt a landing at the nearby Las Americas International Airport (bottom right).