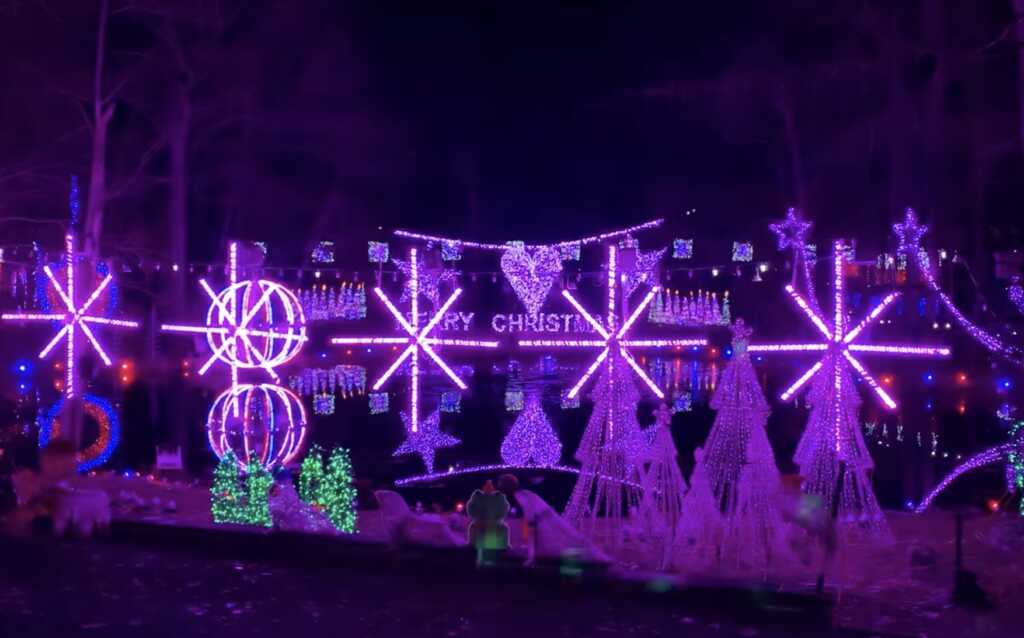 A New York family has shattered a world record for the most Christmas lights ever displayed at a private residence.

The Gay family’s annual Christmas show — which is in its 26th year and is named the ERDAJT Holiday Lights Display after their kids’ initials — has grown to 687,000 lights and has officially broken the Guinness World Record, WNBC-TV reported.

People from all over have been flocking to Lagrangeville, New York, each year to visit the home and to enjoy the brilliant Christmas display, which Timothy Gay and his wife, Grace, say is a family tradition that has, over time, become a community staple.

“We’re all about a family,” Grace Gay told WNBC-TV. “This is a family project, and we’d like to share this project with the community.”

One fun fact about the Gay family: They recently broke their own 2014 record, a display that, at the time, had 601,736 lights. Now, they’re upping the ante with tens of thousands of additional lights.

Plus, the show is impressively synchronized with more than 250 songs, according to News 12. The popular display can see as many as 1,000 cars come per night, with the line stretching miles down the road.

Timothy said the roots of this amazing Christmas delight were set in his own childhood house. Each year, his mother would deck the halls of the home with all sorts of lights and decorations.

“I grew up in a family of eight children and [my mom] made the holidays magical for the whole family,” he told the Times Union. “From Thanksgiving to New Years, it was like Grand Central Station in our house. It was very special to us.”

The Gay family doesn’t just put the show on to entertain the masses; the family also uses the opportunity to raise money for charity, and they’re on track this year to bring in $500,000.

The family collects items for Children’s Home of Poughkeepsie, an organization that serves at-risk children, and helps raise money for the Union Vale Fire Department, among other charitable efforts.

The show is entirely free for the public, with Timothy explaining that no one is compelled to donate and that he doesn’t take money for anything, including special events like wedding proposals that might unfold on site.

“It was always important to me, though, that this felt free to everyone. So it is free,” he said. “No one has to contribute anything, it’s completely voluntary and how much people give is completely up to them. But I will say, the generosity of people, it’s been amazing.”

Thanks to the Gay family for spreading holiday cheer!