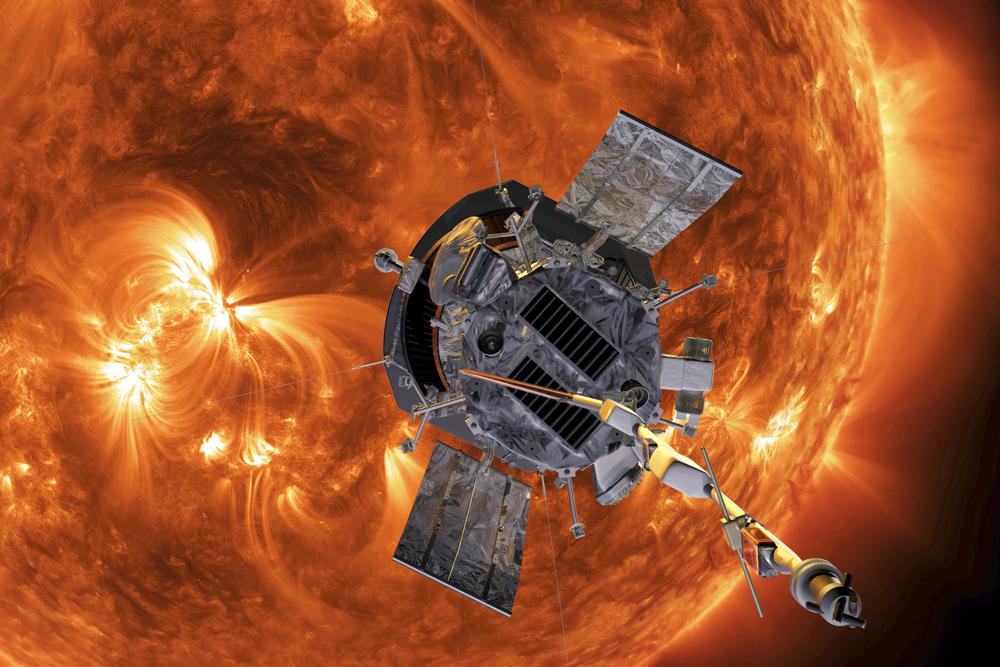 CAPE CANAVERAL, Fla. (AP) — A NASA spacecraft has officially “touched” the sun, plunging through the unexplored solar atmosphere known as the corona.

Scientists announced the news Tuesday during a meeting of the American Geophysical Union.

The Parker Solar Probe actually flew through the corona in April during the spacecraft’s eighth close approach to the sun. Scientists said it took a few months to get the data back and then several more months to confirm.

Launched in 2018, Parker was 8 million miles (13 million kilometers) from the center of the sun when it first crossed the jagged, uneven boundary between the solar atmosphere and outgoing solar wind. The spacecraft dipped in and out of the corona at least three times, each a smooth transition, according to scientists.

“The first and most dramatic time we were below for about five hours … Now you might think five hours, that doesn’t sound big,” the University of Michigan’s Justin Kasper told reporters. But he noted that Parker was moving so fast it covered a vast distance during that time, tearing along at more than 62 miles (100 kilometers) per second.