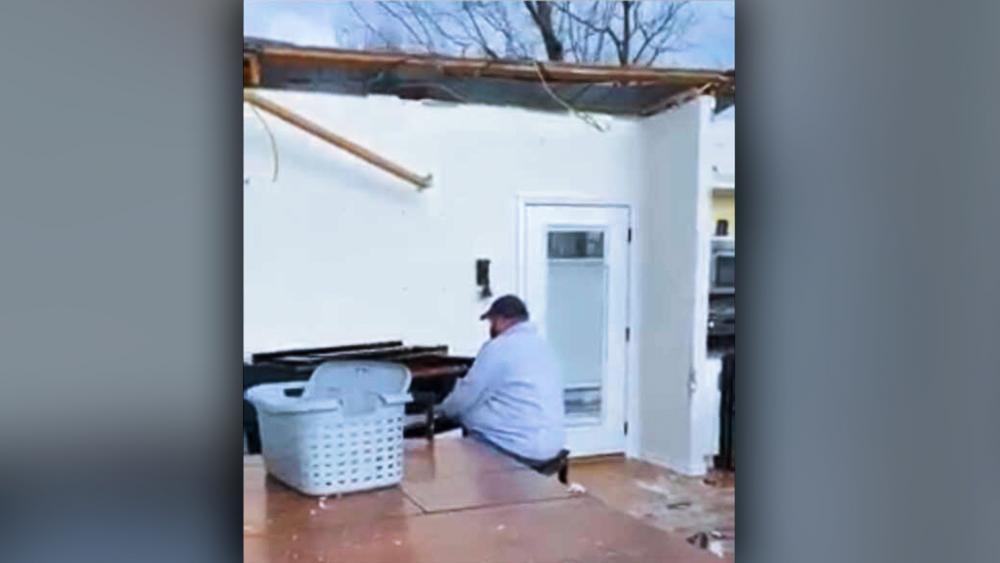 Sitting among rubble, the roof of his home a victim to one of the dozens of tornados that violently whipped through Kentucky, Jordan Baize played praise music into the somber air.

The piano was among the few pieces of furniture untouched by the destruction left in the wake of the storm that claimed at least 64 lives. Unbeknownst to his sister, Whitney Brown, Baize sat down at the black grand piano and began playing “There’s Something About That Name,” a Southern Gospel praise song written by Bill and Gloria Gaither, WFIE-TV reported.

Brown was in the bedroom, packing up a few things when she heard her brother playing.

She caught Baize’s worship on camera and posted it to Facebook.

“I have been overwhelmed by the love my family has been shown today,” Brown wrote in a Facebook post with the video. “My brother, Jordan, lost his home, but thankfully, he and his family made it out safely. I was standing in his bedroom packing anything I could salvage and I heard the most beautiful sound: music.”