Man Trapped Under Candle Factory Debris Survives Horror, Wife Recounts Praying With Him Over the Phone 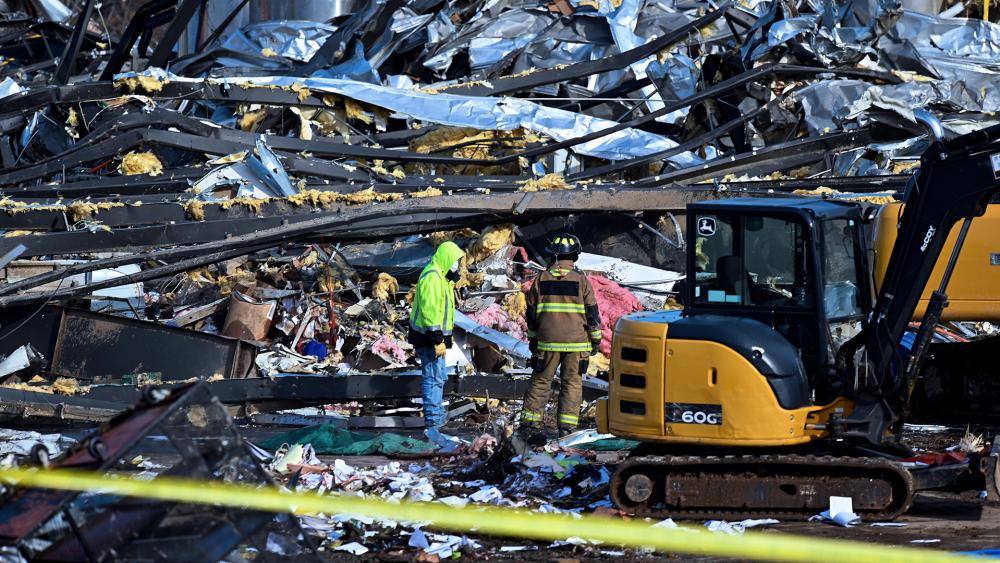 The wife of a Kentucky man trapped under a collapsed candle factory recalled the harrowing moments during which she prayed with her husband over the phone, telling him to “keep fighting,” and that God would “work it out.”

The details given by Courtney Saxton, 38, are spine-chilling, as her husband, Mark, 37, fearfully called her Friday night in the wake of the collapse. He was trapped in the debris and rubble of the Mayfield Consumer Products factory after tornadoes ripped through multiple states that evening.

“He was calling us hollering and screaming and crying because he was stuck,” she told the Associated Press. “It was scary for me because I’m thinking, ‘Oh my God, is he going to make it? So I prayed with him over the phone, too. I just kept talking to him, kept telling him that God will work it out, be strong, don’t give up, keep fighting.”

And keep fighting he did. Mark Saxton survived the ordeal with minor scrapes and bruises, though he lost his cousin, Robert Daniels — a corrections officer overseeing inmates working at the site — in the tragedy.

Saxton told NBC News he didn’t think he’d make it, especially seeing what happened to others around him.