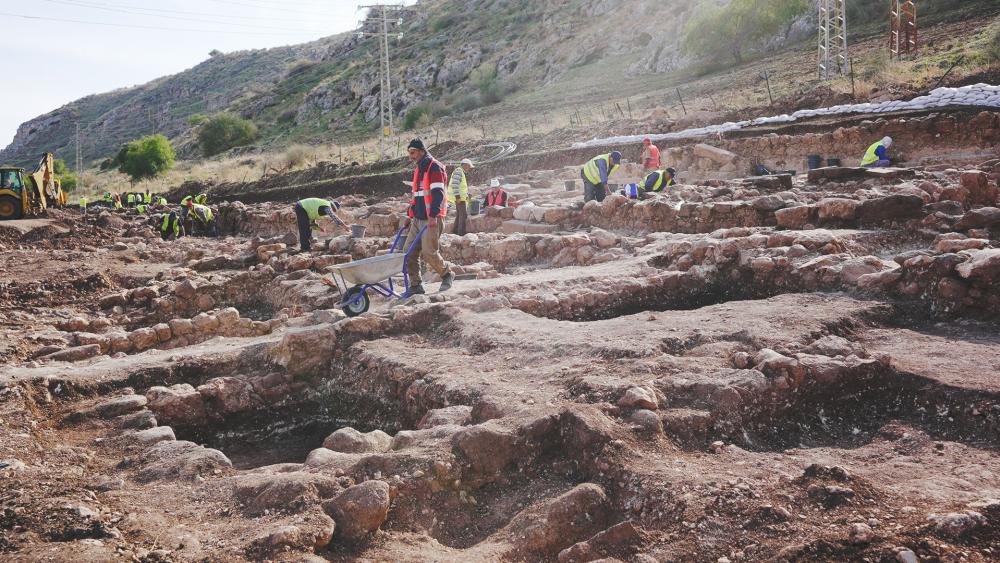 JERUSALEM, Israel – The discovery of a 2,000-year-old synagogue in the Galilee region is offering a new window into life during Jesus’ time.

Israeli archaeologists say they found the synagogue in the town of Migdal, located on the northern shore of the Sea of Galilee. Migdal was a large Jewish settlement during the Second Temple Period. The Bible says Mary Magdalene was born in Migdal and it’s where Jesus spent much of his time on earth.

“We can imagine Mary Magdalene and her family coming to the synagogue here, along with other residents of Migdal, to participate in religious and communal events,” said Dina Avshalom-Gorni, one of the directors of the excavations. “The exposure of a second synagogue casts new light on Jewish communal life in the Galilee, the area where, according to the New Testament, Jesus performed his miracles.”

The synagogue is a square-shaped building made from basalt and limestone with a central hall and two additional rooms. The walls of the central hall are coated with white and colored plaster. It contains a stone bench, also coated in plaster, which runs along the walls. Excavators found a plaster-coated shelf in a small room on the south side of the hall where Torah scrolls may have been stored.

Avshalom-Gorni said the synagogue “reflects a need for a dedicated building for Torah reading and study and for social gatherings” during Jesus’ time.