Female University of Pennsylvania Swimmers Speak Out Over Man Masquerading as a Woman on Their Team; They Say ‘It’s Very Fake’ 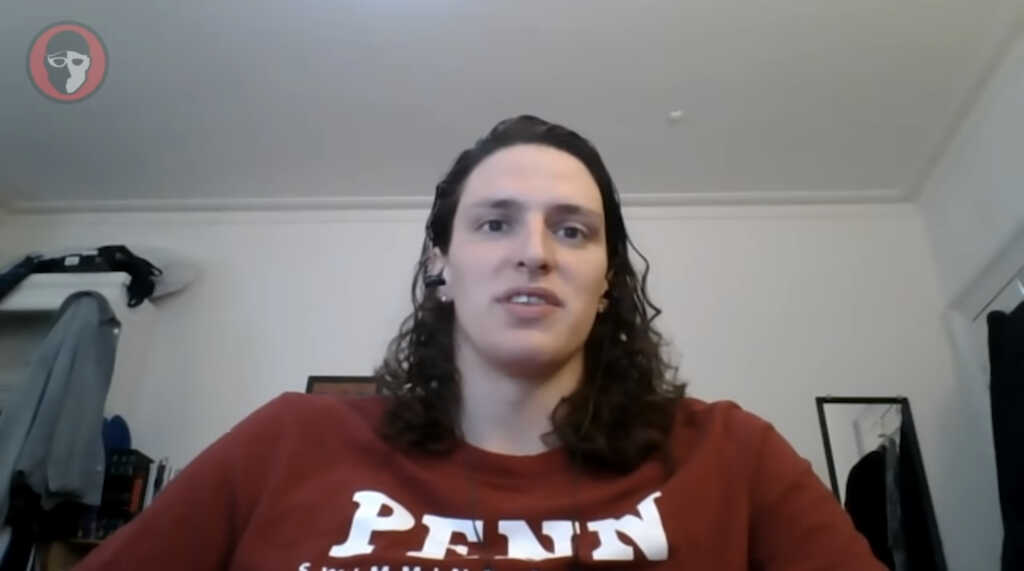 A couple members of the University of Pennsylvania women’s swimming team are speaking out against the embrace of transgender teammate Lia Thomas, a biological male who identifies as female.

One anonymous athlete told Outkick that it was “the wrong thing to do,” referring to UPenn’s decision to place Thomas on the women’s team.

Prior to competing on the women’s team, Thomas was an accomplished athlete on the men’s team, even earning second-team, All-Ivy League in the 2018-2019 season. Now, Thomas is effortlessly breaking women’s swim records.

“Pretty much everyone individually has spoken to our coaches about not liking this,” the unnamed swimmer told Outkick. “Our coach [Mike Schnur] just really likes winning. He’s like most coaches. I think secretly everyone just knows it’s the wrong thing to do. When the whole team is together, we have to be like, ‘Oh, my gosh, go Lia, that’s great. You’re amazing.’ It’s very fake.”

Now, a second anonymous swimmer is calling out UPenn and Thomas.

The college athlete told Outkick the entire team is “angry” over the unfairness of the situation involving the transgender swimmer — a statement she made after team officials reportedly “strongly advised” the athletes against speaking to the media about the issue.

She is speaking out anyway.

“They feel so discouraged because no matter how much work they put into it, they’re going to lose,” the woman told Outkick in a separate interview. “Usually, the can get behind the blocks and know they out-trained all their competitors and they’re going to win and give it all they’ve got.”

“Now they’re having to go behind the blocks, knowing, no matter what, they do not have the chance to win,” she continued. “I think that it’s really getting to everyone.”

The woman claimed Thomas is repeatedly bragging about being so accomplished and shattering the records previously held by biological women.

“Obviously she’s No. 1 in the country because she’s at a clear physical advantage after having gone through male puberty and getting to train with testosterone for years,” the female swimmer said. “Of course you’re No. 1 in the country when you’re beating a bunch of females. That’s not something to brag about.”

She went on to describe the situation with Thomas as fundamentally unfair:

Honestly, this is so upsetting to us, because we want to be acknowledged for our hard work, but it seems like this just keeps overshadowing us. Put Lia out of the picture — we have a really good team this year. We have one of the best teams we’ve had in years, and that’s being overshadowed by [Lia].

Even without Lia, we had the chance to win the Ivy League this year, which is a huge deal for us. We train every single day and give up so much for this sport. And I love swimming. I do it because I love it. It’s been a part of my life forever, and this is a slap in the face that the NCAA doesn’t care about the integrity of women’s sports.

Preparing to return to their home pool Jan. 8, the UPenn swimmer said the entire saga with Thomas has cast “such a cloud over everything” for the team.

Thomas, however, appears unmoved by the controversy.

The transgender swimmer said on the “SwimSwam” podcast: “I’m just thrilled to still be able to swim and I love to compete and I love to see how fast I can go. It’s sorta an ongoing evolution of what I think I can do.”

“I’m proud of my times, my ability to keep swimming and to continue competing,” the swimmer added. “And they’re suited up times. I’m happy with them and my coaches are happy with them.”