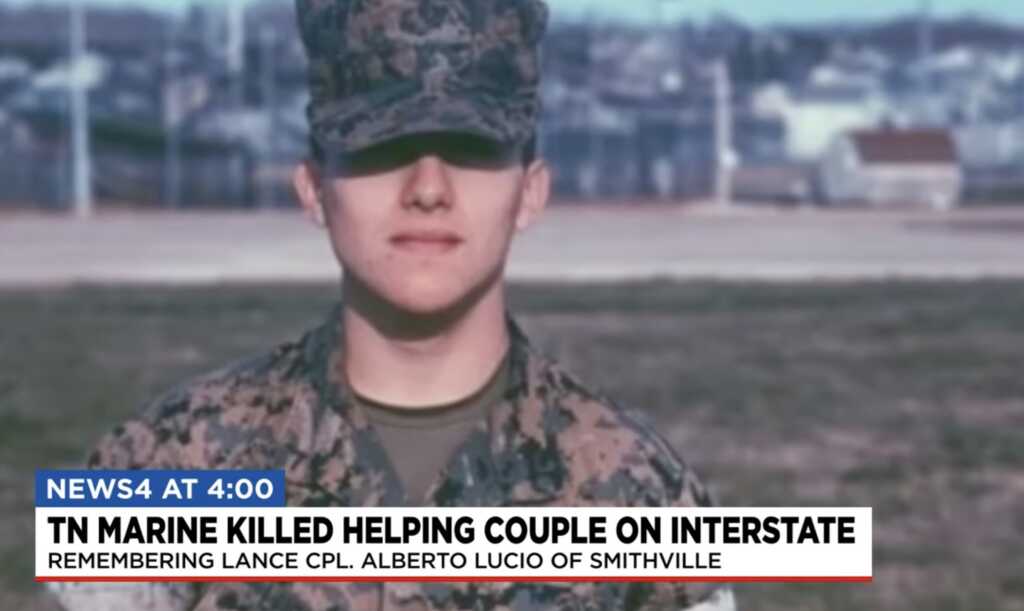 SMITHVILLE, TN (WSMV) – People in Smithville and beyond are remembering a young U.S. Marine who was killed on Monday morning.

Lance Corporal Alberto Lucio was killed Monday morning while helping a couple in an SUV that had stopped in a lane of traffic on Interstate 5 in California.

“He graduated. He immediately enlisted into the Marines,” DeKalb County High School Assistant Principal Jenny Norris said. “Alberto was a very kind and humble student. His father is a pastor in our community so you could see that in his life.”

Around 3:20 Monday morning, the 20-year-old was hit by a truck while helping people involved in a crash along I-5 in Oceanside, CA. He died at the scene near Camp Pendleton where he worked as a military policeman.