WATCH: Moment Amazon driver pretends to be a PREACHER after husband interrupted him delivering a surprise package 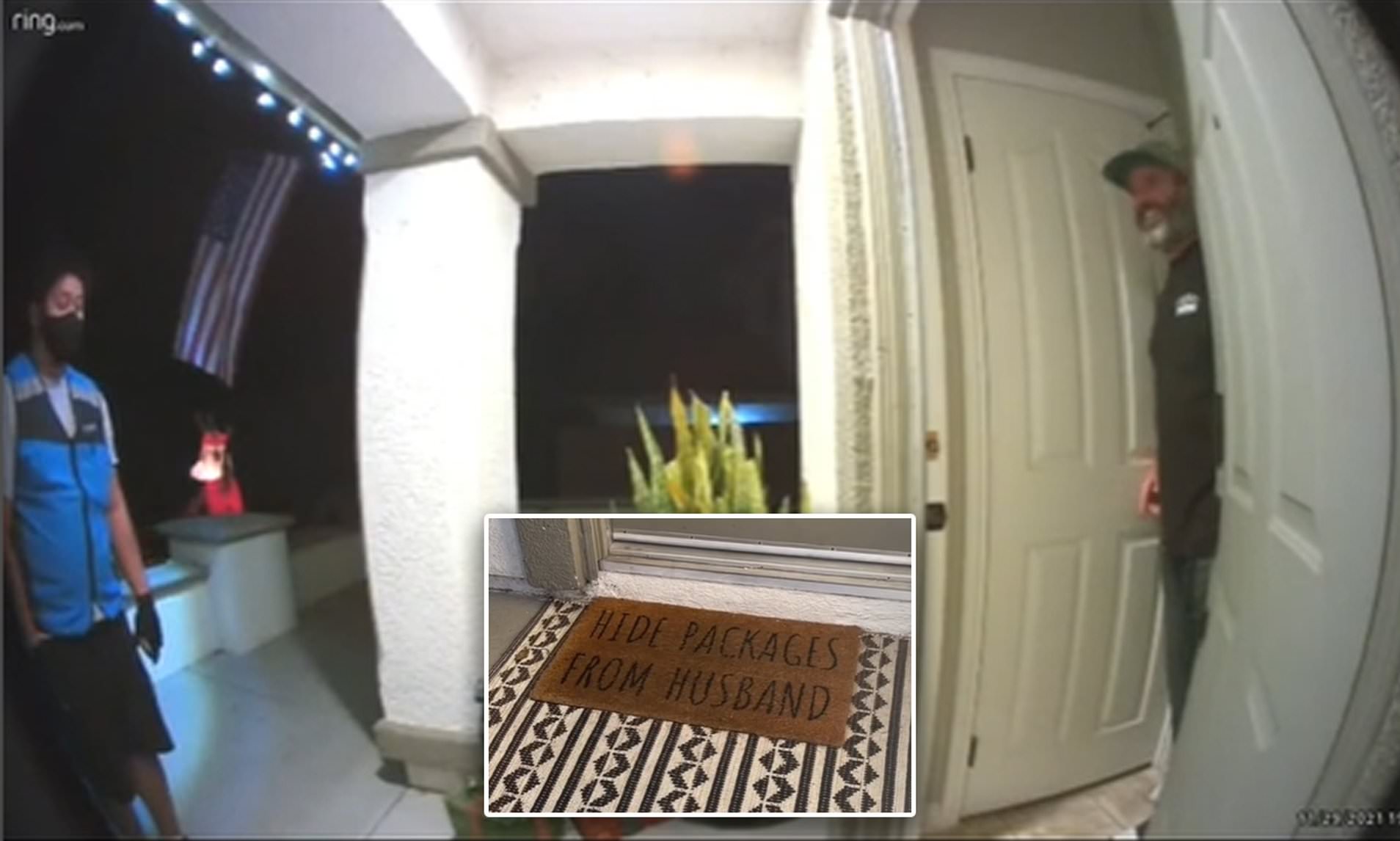 An Amazon delivery driver is being praised for his quick-thinking after he posed as a preacher in order to fool a man whose wife had asked for her packages to be dropped off in secret.

When asked if he had a package, the Amazon employee said no and quickly had to come up with a fake reason as to why he was at their house – so he pretended to be a preacher.

The US-based woman, who is named Stephanie and goes by @Stephanielerin online, shared footage of the driver lying to her husband to TikTok – which was captured by their Ring Camera – and the internet quickly started praising him for his quick thinking.

‘He understood the assignment,’ she wrote in the viral video, which has gained more than 31 million views in a matter of days.

In the clip, the delivery man could be seen ringing the doorbell before noticing that there was a doormat on the ground that read, ‘Hide packages from husband.’

He placed the parcel behind one of their plants so it was out of sight, but right as he was about to leave, the husband opened the door.

‘How’s it going, you have a package?’ he asked.

‘No, I don’t,’ the delivery man responded, clearly caught off guard. ‘I’m just here to tell you about the gospel of Jesus Christ.’

His lie worked wonders – despite being dressed in a full Amazon uniform and his delivery van being just feet away.

‘Okay, sorry to bother you,’ the driver said, before turning around to leave.

‘Amazon has my back,’ Stephanie captioned the hilarious clip.

Many people flooded the comment section of the video with love for the worker and his commitment to the job, with one writing, ‘They training Amazon employees right.’