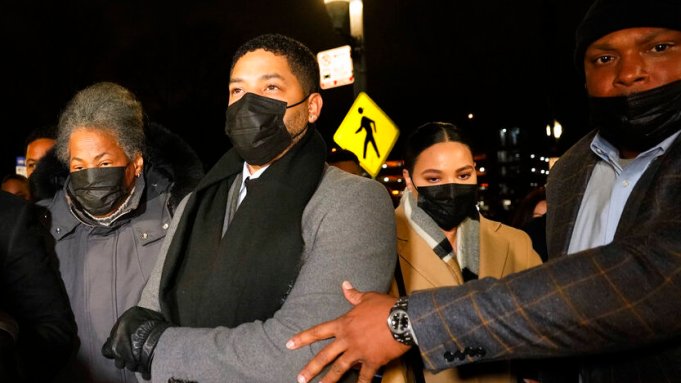 UPDATE, 5:05 PM: Jussie Smollett has yet to be sentenced for being found guilty today of faking a hate crime attack on himself nearly three years ago, but the Empire actor isn’t over fighting this case.

“The verdict is inconsistent,” defense lawyer Nenye Uche said this evening in the lobby of the Leighton Criminal Courthouse after a jury found Smollett guilty of five of six felony charges on Thursday. “You can’t say Jussie is lying and say Jussie is not lying for the same exact incidents,” the attorney proclaimed.

“We feel 100% confident that this case will be won on appeal. Unfortunately, that’s not a route we wanted, but sometimes that’s the route you have to take to win.”

Adding to the legal debris, Smollett still faces a civil suit from the City of Chicago over the resources spent on the Code Blue police probe into the alleged hate crime. Late Thursday, civic authorities put out a statement saying they intend to seek the around $130,000 they’ve estimated Smollett cost the Windy City.