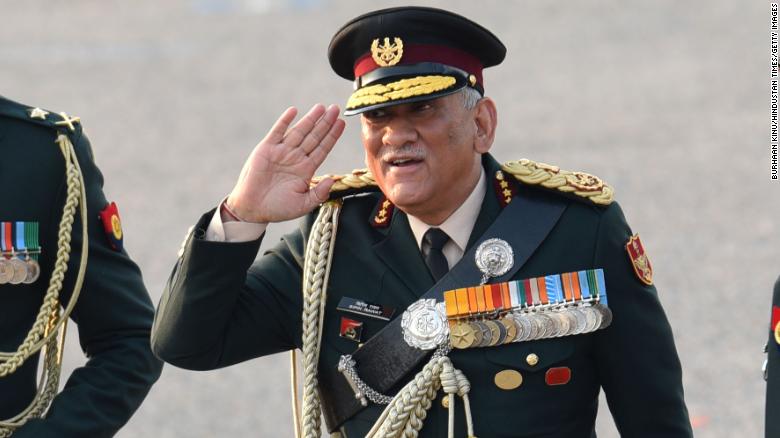 Another senior military officer was being treated in a hospital for severe burns.

Prime Minister Narendra Modi lauded Rawat, the first person ever to hold the role commanding all of India’s military branches, as “an outstanding soldier,” and said his death had “saddened me deeply.”

“A true patriot,” wrote Modi on Twitter, saying Rawat had “greatly contributed to modernizing our armed forces and security apparatus.”

The Air Force had earlier confirmed that an IAF Mi-17 V5 helicopter carrying Rawat had “met with an accident today near Coonoor, Tamil Nadu,” and that an inquiry had been ordered to determine the cause of the crash.