Alec Baldwin still has anger issues: Actor charges reporter with an umbrella outside Woody Allen’s townhouse after being quizzed over claim that his gun ‘just went off’ on “Rust” set and fired fatal bullet that killed cinematographer Halyna Hutchins 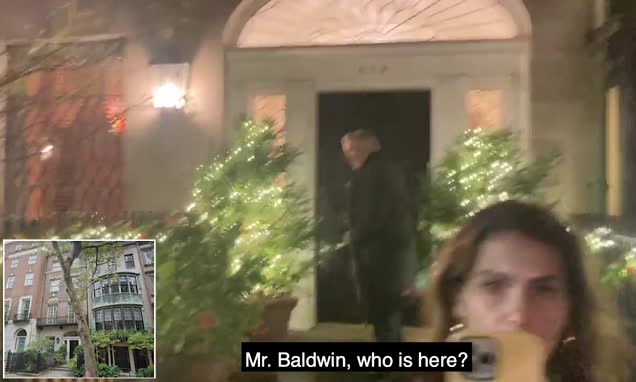 Alec Baldwin whipped around and barreled toward a reporter questioning his claim that he’d never pulled the trigger of the gun that shot dead Halyna Hutchins before he skulked into Woody Allen’s Upper East Side townhouse on Monday night. ‘You’re not allowed to photograph onto someone’s private home,’ Baldwin shouted at New York Post reporter Jon Levine, gesturing with the umbrella gripped tightly in his hand and sending Levine backing up onto the sidewalk. ‘Did you really not pull the trigger? Do you believe it went off without you pulling the trigger? Was it a malfunction?’ Levine asked as the door closed behind the Baldwins.