Snarky Jussie Smollett snaps at white prosecutor for repeating N-word while reading out texts HE sent to Nigerian brother: Admits changing description of his attackers from ‘white’ to ‘pale’ during cross-examination at his ‘fake hate crime’ trial 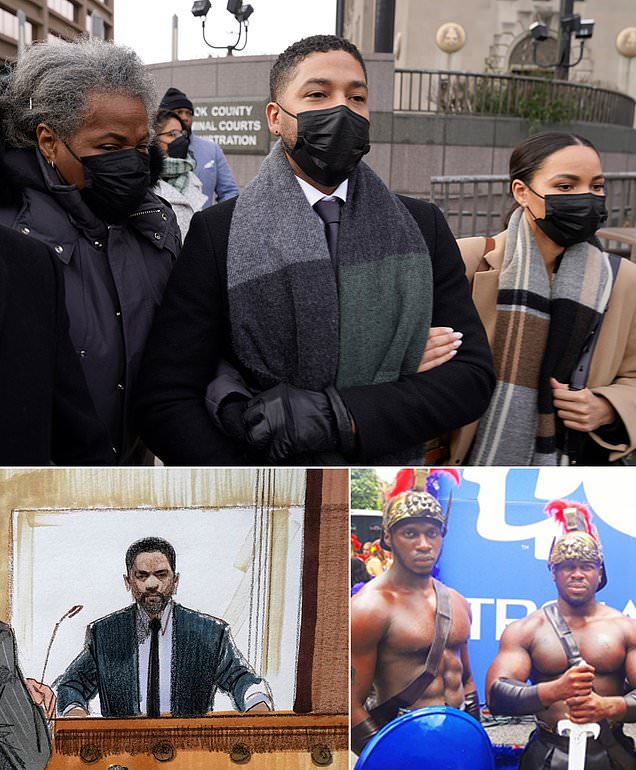 Jussie Smollett has admitted changing his description of his attackers from ‘white’ to ‘pale’ under cross-examination from the special prosecutor at his trial where he became increasingly defensive on Tuesday, his second day of testimony, snapping at the prosecutor for using the N-word while reading aloud his texts and insisting he has permanent injuries from the incident. Smollett took the stand again on Tuesday morning at his trial in Chicago where he is accused of lying to police about being the victim of a hate crime on January 29, 2019. During questioning by special prosecutor Dan Webb, the 39-year-old became exasperated and snapped, telling the jury and the judge that he didn’t want to answer ‘yes or no’ to questions, and that he has scars on his face that will be there for the rest of his life. He said that he initially ‘assumed’ his attackers were white, but that he changed his story afterwards to say they were ‘pale’ and that it was the ‘responsible’ thing to do. ‘I didn’t want to make the assumption that they were white. So I said let me change that and just say that they were pale skinned.’ He said it was the ‘responsible’ thing to change his description because he couldn’t be sure, adding: ‘They could’ve been a white person, they could have been a pale someone else.’ When asked if he’d described them as white because he thought it would garner more attention, he snapped: ‘You’d have to ask someone who actually did a fake hate crime.’