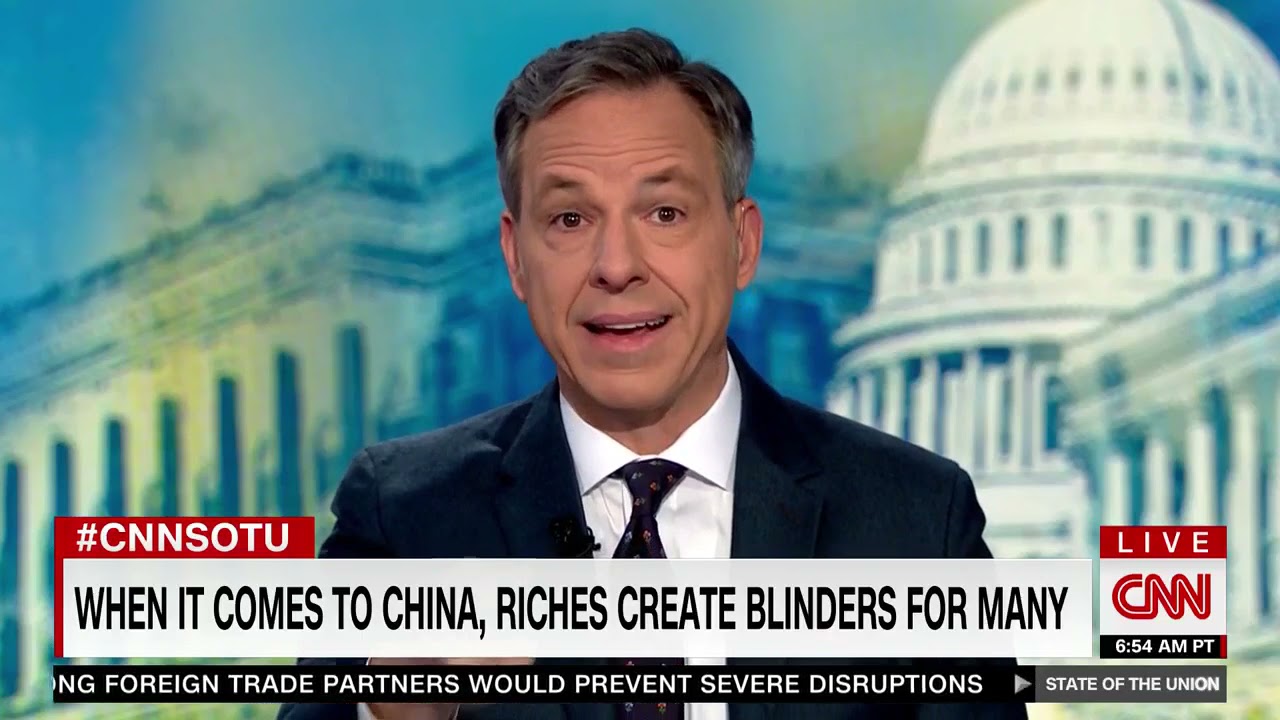 Jake Tapper put Hollywood, Silicon Valley and the NBA on blast during CNN’s “State of the Union” on Sunday for continuing business with China without question despite the human rights abuses by Xi Jinping’s administration.

The anchor called on American businesses to follow the example of the Women’s Tennis Association, which canceled events it was scheduled to hold in China after tennis player Peng Shuai accused former Vice Premier Zhang Gaoli of sexually assaulting her.

He contrasted this with the NBA continuing to hold events in the China while the International Olympic Committee drives forward on plans to hold the Beijing Winter Olympics in February even though officials with the IOC have said they have been in contact with Shuai.