Vice President Kamala Harris is branded a ‘bully’ and accused of inflicting ‘constant, soul-destroying criticism’ on staff by ex-aides who claim she refused to read briefings, then scolded them if she was accused of being unprepared as ‘FOUR’ staffers head for the exit 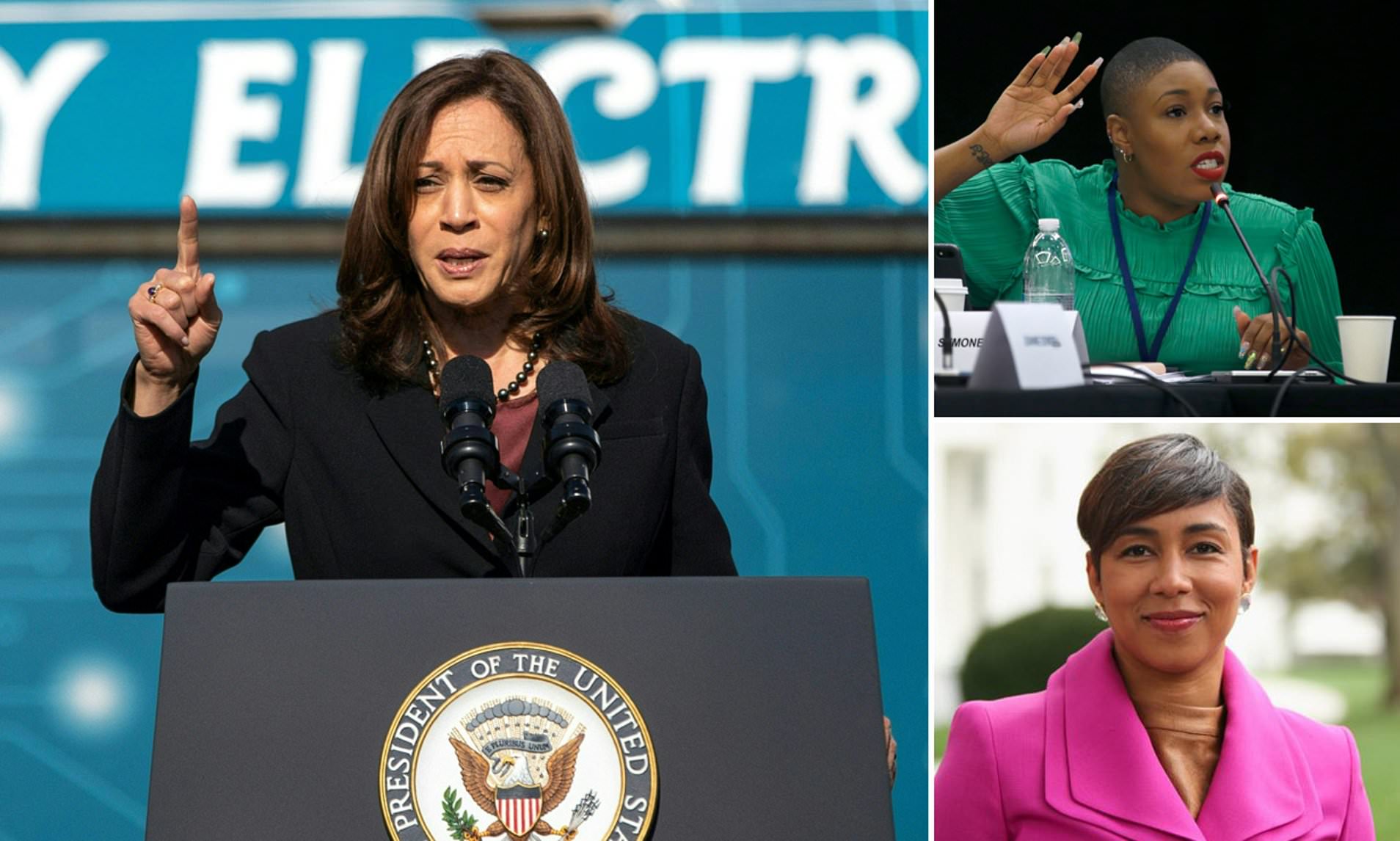 Kamala Harris has been branded a ‘bully’ who inflicted ‘constant-soul destroying criticism’ on her office staff in a damaging expose by a liberal newspaper.

The Washington Post piece – a result of interviews with 18 people connected to the VP – also alleges that she’d fail to read briefings they’d prepared, only to turn on them if she was subsequently criticized for being unprepared.

The claims from staff who worked for Harris were published amid confirmed departures of two high level staffers, with two others who are said to be heading for the door too.

‘It’s clear that you’re not working with somebody who is willing to do the prep and the work,’ a former colleague told the Washington Post.

‘With Kamala you have to put up with a constant amount of soul-destroying criticism and also her own lack of confidence.

‘So you’re constantly sort of propping up a bully and it’s not really clear why.’

Meanwhile, Gil Duran, who worked with Kamala for just five months in 2013 before quitting, said the vice president was ‘repeating the same old destructive patterns.’

Writing in his San Francisco Examiner column, he said: ‘One of the things we’ve said in our little text groups among each other is what is the common denominator through all this and it’s her.’

Speaking to the Post, he added: ‘Who are the next talented people you’re going to bring in and burn through and then have (them) pretend they’re retiring for positive reasons.’

People familiar with the conversations told Politico that even more ‘key members of Harris’ orbit’ are ‘eyeing the exits’ and have expressed interest in leaving less than a year into her vice presidency.

Among the four staffers departing Harris’ office are Symone Sanders, who as senior adviser and chief spokesperson is one of the vice president’s closest aides. Ashley Etienne, the office’s communications director, is also leaving.

Officials maintain Sanders and Etienne’s departures were long-planned and not evidence of the reported turmoil.

Peter Velz, director of press operations, and Vince Evans, deputy director of the Office of Public Engagement and Intergovernmental Affairs, have both told others in the vice president’s office that they are also leaving, administration officials told the Washington Post.

Both are expected to remain in the administration or take jobs in close coordination with the White House.

Some Democratic allies have urged Harris to embrace the concept of a reset after a rocky first year as vice president, which has been riddled with project failures – like addressing the southern border crisis – and reports of tensions between her team and the president’s.

Her poll ratings have tanked, with top Democrats said to be appalled at the idea of her running for president in 2024 should Joe Biden decide not to seek a second term.

Harris’ staff are leaving because they’re burned out, there are better opportunities elsewhere and they don’t want to be permanently branded a ‘Harris person,’ according to Axios.

After the already announced departure of Harris’ communications director Ashley Etienne, Politico reported Wednesday that chief spokesperson Symone Sanders is expected to leave by the end of the year.

Axios noted that Sanders is getting married next year and was never able to go on a proper tour to sell her book, No, You Shut Up, which was published in May 2020