Vaccine–the 2021 Word of the Year Chosen by Merriam-Webster 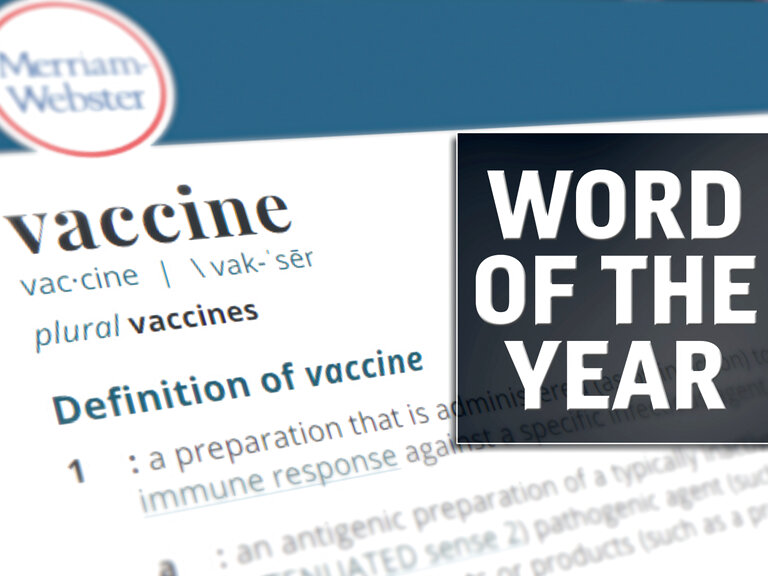 “This was a word that was extremely high in our data every single day in 2021,” Peter Sokolowski, Merriam-Webster’s editor-at-large, told The Associated Press ahead of Monday’s announcement.

“It really represents two different stories. One is the science story, which is this remarkable speed with which the vaccines were developed. But there’s also the debates regarding policy, politics and political affiliation. It’s one word that carries these two huge stories,” he said.

At Merriam-Webster, lookups for “vaccine” increased 601% over 2020, when the first U.S. shot was administered in New York in December after quick development, and months of speculation and discussion over efficacy. The world’s first jab occurred earlier that month in the UK.

The word “vaccine” wasn’t birthed in a day, or due to a single pandemic. The first known use stretches back to 1882 but references pop up earlier related to fluid from cowpox pustules used in inoculations, Sokolowski said. It was borrowed from the New Latin “vaccina,” which goes back to Latin’s feminine “vaccinus,” meaning “of or from a cow.” The Latin for cow is “vacca,” a word that might be akin to the Sanskrit “vasa,” according to Merriam-Webster.