White NYC woman who plowed BMW through 50 BLM protesters in Manhattan REFUSES plea deal which would see her complete six days of community service and instead demands trial: Says activists began attacking luxury sedan as she drove down street 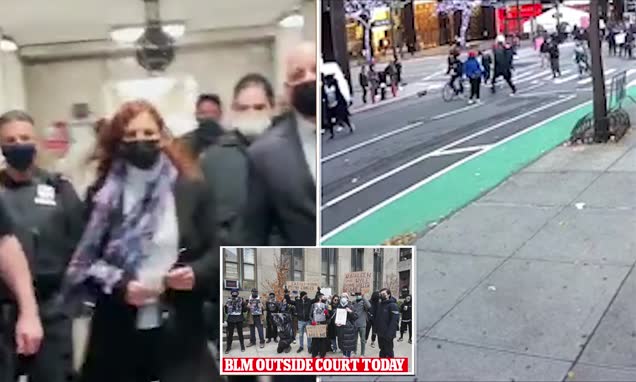 Kathleen Casillo, 52, appeared in Manhattan Criminal Court on Wednesday after she was accused of driving through NYC BLM protestors last December. Casillo rejected the court’s offer for a plea deal, which would have given her six days of community service and one year license suspension, in favor of a trial. BLM protestors gathered in front of the court room as they awaited justice for Casillo’s actions. They had been angered over Casillo’s ‘lenient’ sentencing after she was only charged with reckless assault in the third degree on February 22.