WATCH – ‘I would never point a gun at anyone and pull the trigger’: Alec Baldwin weeps as he denies firing gun loaded with ‘a bullet that wasn’t even supposed to be on the property’ that killed cinematographer Halyna Hutchins, during George Stephanopoulos interview 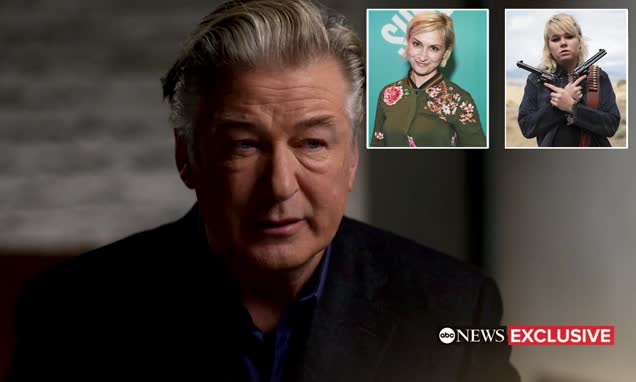 Alec Baldwin (pictured) wept as he described accidentally shooting dead his cinematographer on the set of his film Rust, saying ‘I didn’t pull the trigger’ during an interview with ABC’s George Stephanopoulos. Baldwin said accidentally discharging his gun and killing Halyna Hutchins (left inset) was the worst thing that’s ever happened to him. The set’s rookie armorer Hannah Gutierrez Reed is pictured inset at far right.