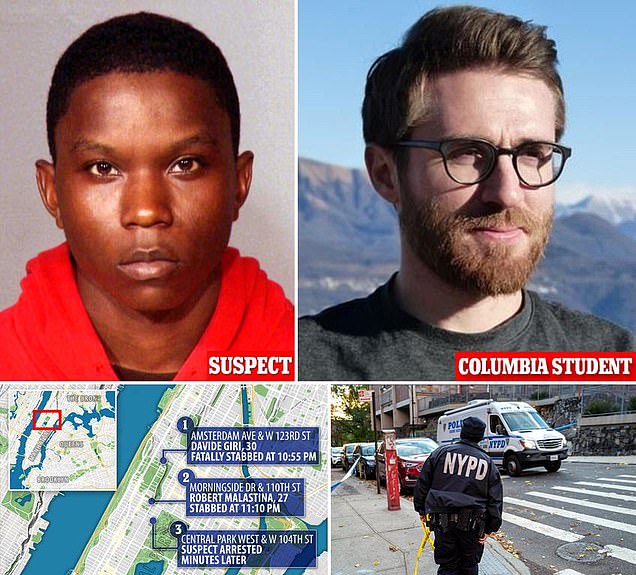 A Columbia University doctoral student was knifed to death Thursday night near the Ivy League college’s historic Manhattan campus – one of three people attacked by an ‘ecstatic’ gang member on a violent stabbing spree.

Davide Giri, 30, a PhD candidate in computer science, died around 11pm after being stabbed in the stomach by a 25-year-old member of the Bloods gang off-shoot, Everybody Killas, who has 16 prior arrests dating back to 2012 and was out on parole for a 2015 gang assault, police said.

Officers arrested the suspect – Vincent Pinkney, of Manhattan- in Central Park 20 minutes later, after he had already stabbed an Italian tourist, Robert Malastina, 27, outside the park, howling with glee, and moved on to ‘menacing’ another man, 29, with a large kitchen knife as the victim strolled the park with his girlfriend.

The fatal stabbing of Giri took place just a block away from where Bernard College student Tessa Majors, 18, was viciously stabbed to death in December 2019 as violent crimes continue to rise in New York City.