Police Assumed the Worst When They Saw Insane Crash, Then a Real-Life Miracle Unfolded 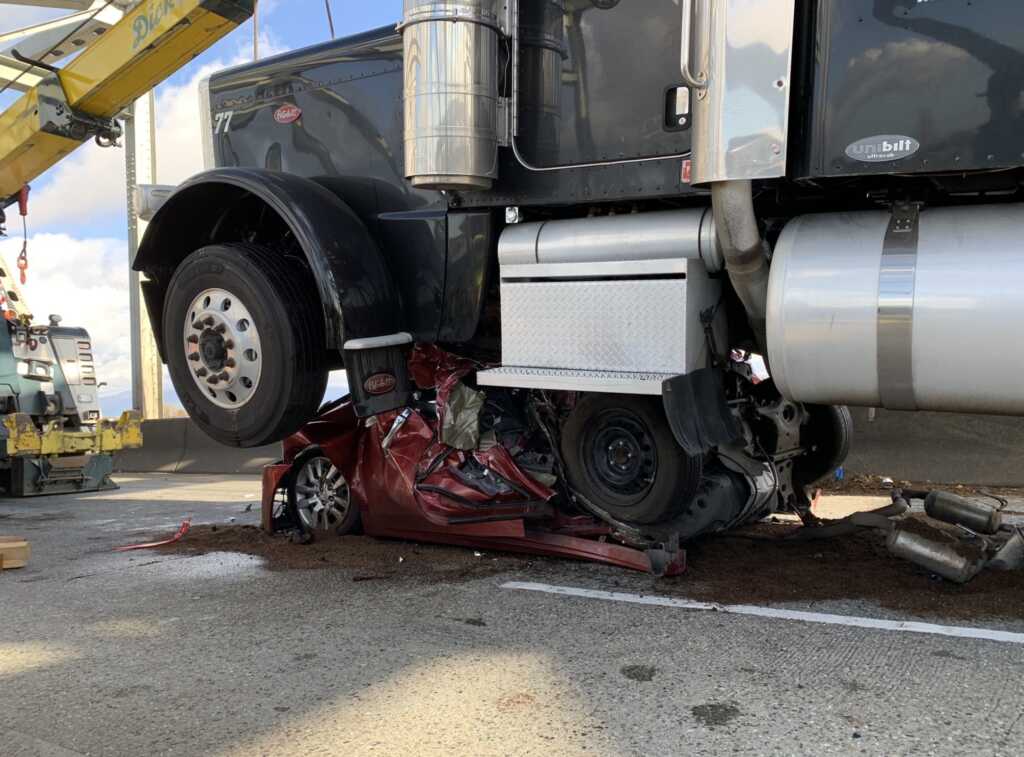 It’s been said that a picture can say a thousand words, but one Washington cop found himself totally speechless when he saw images of a recent accident — photos that showed a car bent in half and completely crushed.
“There’s really not a word to describe this collision,” Washington State Patrol Trooper Rocky Oliphant wrote in a Nov. 16 tweet. “In my 14-year career, I have never seen anything like it.”

The accident reportedly unfolded when a semi-truck, following too close behind, hit the sedan.

Oliphant said it was a miracle the 46-year-old driver was somehow left without serious injuries — and even crawled out of the car after the semi essentially landed on top of it.

There’s really not a word to describe this collision. Miraculously believed to be minor injuries. The car was struck from behind, folded the car in half, and semi came to rest on top of the car. In my 14 year career, I have never seen anything like it. https://t.co/iUsSNIhHYV pic.twitter.com/EPGI70s3Um

Upon reaching the scene, cops were apparently shocked to hear someone inside the vehicle yelling, “Help! Help!”

“After the tow truck lifted the front end of the semi off the car, she was able to get out on her own power,” Oliphant said in a separate tweet.

This picture shows the back end of the car folded on top of itself. pic.twitter.com/rT5D3bo6bN

Others responded with shock and elation that the woman reportedly wasn’t killed or badly maimed.

Some speculated she had a “guardian angel” and God’s protection, while others simply marveled at her survival.

“It is nothing short of a miracle in my opinion. I don’t know how she survived this,” Oliphant told KOMO-TV. “She is the luckiest unlucky woman. I mean, unlucky to be in a situation like that, but incredibly fortunate to have survived it.”