Parents of Michigan school shooter Ethan Crumbley, 15, go on the RUN after being charged with manslaughter for his rampage that left four teens dead: Prosecutors reveal they bought the 9mm handgun for him for Christmas 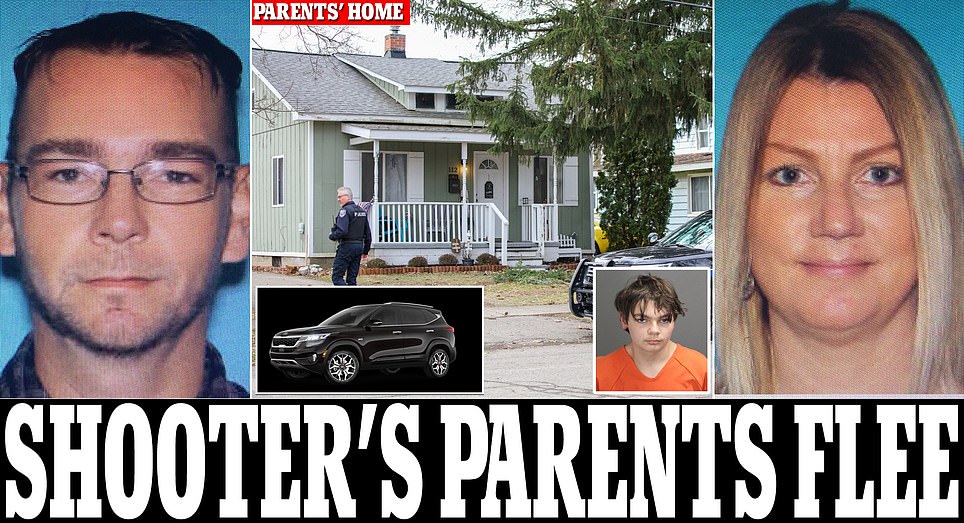 A prosecutor in Michigan on Friday filed involuntary manslaughter charges against the parents of 15-year-old school shooter Ethan Crumbley, who is accused of killing four students at Oxford High School, after alleging that the parents ignored multiple warning signs and refused to take their son out of school just hours before the shooting. Oakland County prosecutor Karen McDonald charged James and Jennifer Crumbley with four counts each of involuntary manslaughter, which carries a sentence of up to 15 years in prison. During a press conference on Friday, McDonald revealed some stunning new details leading up to the shooting, including that James Crumbley, who, like his wife, had a prior criminal history in Michigan, bought the murder weapon from a retailer with his son on November 26. A day later, Ethan’s mother posted a message on social media that read: ‘mom and son testing out his new Xmas present.’