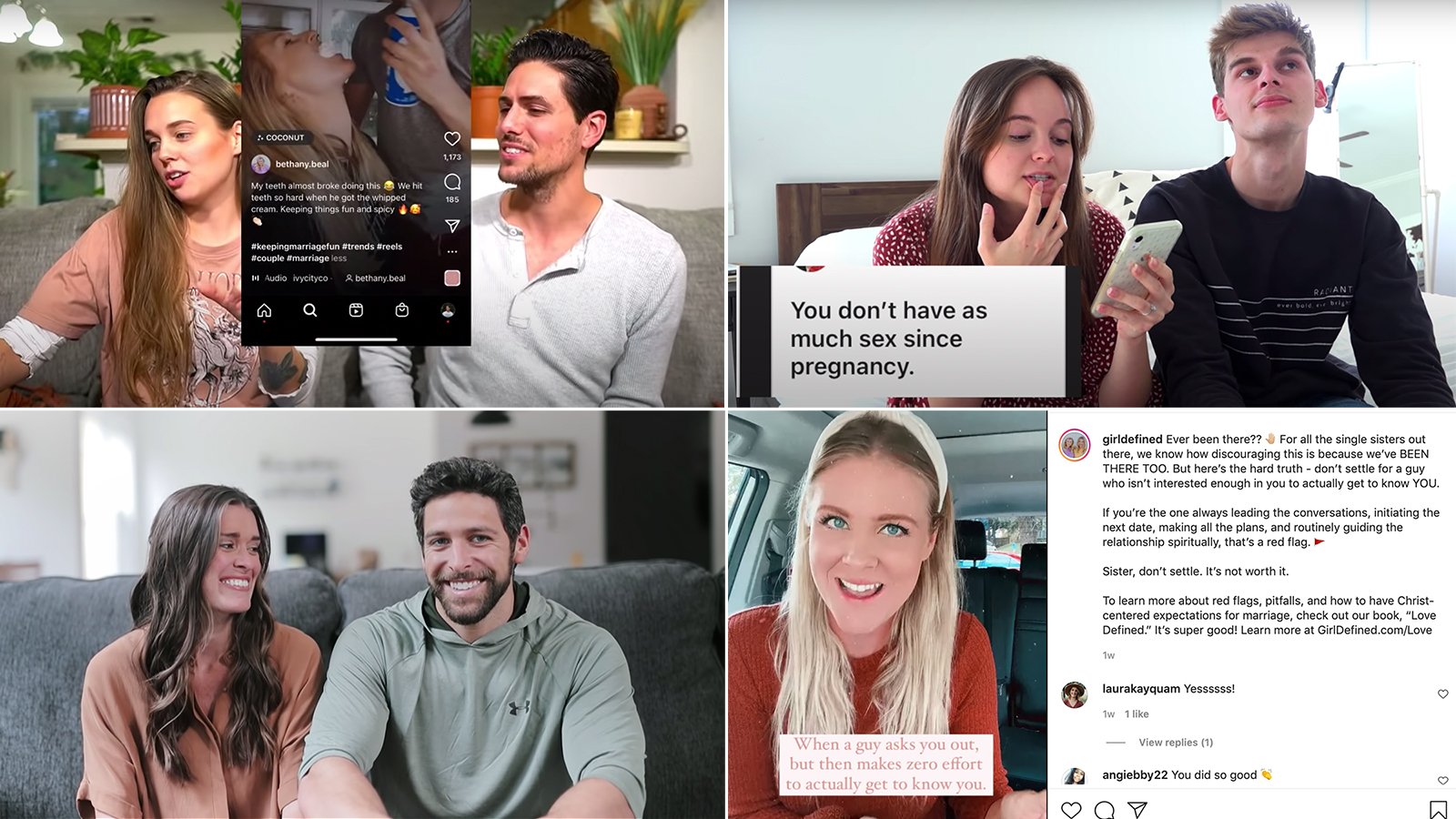 (RNS) — “Who was the most excited?” Nate asks Sutton, a beautiful woman with wavy brown hair. The couple are sitting on a couch with their living room in soft focus behind them. They look adoringly at each other.

“Why don’t you tell us,” Sutton replies.

“Yeah, I was probably more excited,” Nate says, smiling boyishly at the camera.

It’s a vlog about the first time they both had sex — on their wedding night. Uploaded in September 2019, it’s been viewed more than 1.8 million times on YouTube.

In November, a TikTok clip of popular pastor Mike Todd talking about dating went viral on Twitter. In it, the young pastor said: “Dating — the word — is not in the Bible, but the concept of what we call dating is honestly practicing divorce.”

Sound familiar? It’s a take-two of Joshua Harris’ central message in 1997: Pursue a romantic relationship only for the purpose of marriage. On Page 23 of his wildly popular book, “I Kissed Dating Goodbye,” Harris wrote, “Try looking up ‘dating’ in your Bible’s concordance. You won’t get very far.”

Purity culture lives on, and a new generation of influencers on social media as well as recent books are pushing it mainstream. I’m calling it Purity Culture 2.0, and there’s reason to be concerned about its resurgence.

Today, purity culture — a movement that emerged out of the ’80s and ’90s and included Harris’ book, the True Love Waits campaigns and hundreds of resources marketed to Christian young people — is widely criticized for its harmful impacts on women and men and also for its ineffectiveness at preventing evangelical teens and young adults from having premarital sex.

It’s notable that critiques of purity culture emerge from both progressives and conservatives. Sex-positive books like “Pure” by Linda Kay Klein highlight the way anxiety and even post-traumatic stress disorder symptoms exist for people who survived purity culture.

In her book “Talking Back to Purity Culture,” Rachel Joy Welcher writes from inside evangelicalism about the ways purity culture harmed women and contributed to victim-blaming of sexual assault victims.

In 2019, Harris himself pulled his famous bestseller from circulation. Later he announced he was getting a divorce. Ruth Graham, then writing for Slate, called it “a coda of sorts for purity culture.” 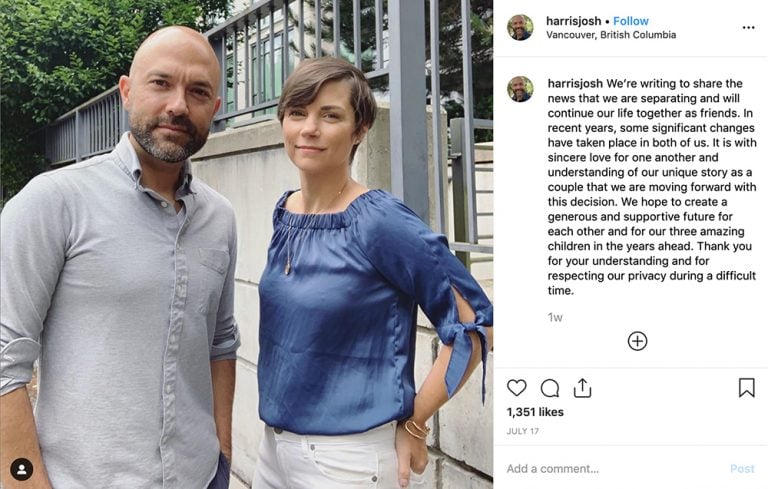 But just because Harris moved on doesn’t mean other evangelicals have.

Popular pastors like Todd and Jonathan Pokluda released books on love, sex and dating in the past two years.

Pokluda, the lead pastor of Harris Creek Baptist Church in Waco, Texas, dips into the damaged-goods metaphors of the past in his chapter about sex in his book “Outdated: Find Love That Lasts When Dating Has Changed.”

Pokluda doesn’t think highly of app dating and, like Todd, believes people should date with the intention of marrying. There is no talk about the benefits of sexual education. There isn’t a mention of LGBTQ+ singles in his book, a stunning oversight for a pastor of a megachurch in 2021.

But it’s not the pastors who are the most effective creators of Purity Culture 2.0 — it’s the social media influencers.

Nate and Sutton are one of many Christian couples who monetize their life and family on YouTube and Instagram, repping products with discount codes while sharing heartfelt self-help advice via personal testimonials about topics like dating, marriage and parenting.

Girl Defined, Paul and Morgan and Chelsea and Nick collectively reach millions of younger Christians with their edited and well-produced YouTube videos. A quick perusal of evangelical Instagram or YouTube will yield hundreds of these kinds of accounts, ranging from theologians who sell essential oils, to relationship coaches with e-courses for sale.

Carissa Caples, now 24, told me she started watching Christian couples on YouTube when she was a teenager. She recommended the videos to her friends, and they watched them together during high school sleepovers.

“I would watch the vloggers to get the inside scoop of how it actually was,” Caples said. “As a teen I was so curious about marriage and sex and my parents wouldn’t talk to me about it, and I didn’t have anyone in my real life who would, so I wanted to get information from someone who would be honest with me.”

Influencers fill real relational voids, acting as a big sister, mom or teacher because the relationship between influencer and follower appears to be personal. You don’t just read what the influencer says, you cultivate an intimacy with them as they give you a play-by-play of their day in Instagram Stories. You can talk to them directly in a DM. You can sign up for their Zoom class on dating success. You could be using their favorite shampoo and reading the same devotional. Influencers’ ability to come across as authentic is crucial to their success and more important than expertise. Nate and Sutton, who were wedding videographers, haven’t written a book about dating, nor could I find evidence that they speak publicly about the subject at churches and conferences. But for hundreds and thousands of people, the couple’s dating and marriage videos are a source of information, education and encouragement

Here’s what the follower hears: Strict boundaries keep you from having sex (Nate says in one video that if they had “crossed a line” while dating, he would have ended the relationship), sex is worth waiting for, and God blessed them because they obeyed.

Unlike purity culture makers in the past, there aren’t many Bible verses used to defend beliefs. Everyday life is supposed to be the proof. In Nate and Sutton’s case, they are a beautiful, middle-class couple with two kids (plus one on the way), a dog, a spacious house, and they own multiple businesses.

You can follow the rules they used when they were dating and end up with the same marriage.

On our podcast, we have named characteristics of purity culture in the past. Fear is a key motivator — but also hope. Promises are made for compliance with sexual abstinence, like “You will have a great marriage and hot sex,” often referred to now as the sexual prosperity gospel. There is almost no mention of LGBTQ+ Christians, and purity culture poses as sex education for Christians without providing any education on personal skills, sexual health (like contraception) and consent.

These characteristics exist today even if the form of the message has changed.

News of a purity culture resurgence may be of concern for people in their 30s and 40s who lived through it and lament its harms, but there is some good news.

Social media is also the tool that cultivated the voice of purity culture survivors in the past 10 years.

Sara Moslener is the author of “Virgin Nation: Sexual Purity and American Adolescence” and a lecturer in the department of philosophy and religion at Central Michigan University. She says social media changes the conversation today in part because survivors of purity culture can find each other easily as they work through issues of sexual shame and trauma in adulthood. She points to books like Emily Joy Allison’s “#ChurchToo: How Purity Culture Upholds Abuse and How to Find Healing” as a turning point because of the way Allison connected the teachings of the church to sexual abuse in the church. Allison’s book as well as Welcher’s, and Sheila Gregoire’s “The Great Sex Rescue,” all outline the way purity culture in the past hurt women.

“There’s a whole spectrum of harm that’s being aired by people,” Moslener says.

Evangelicalism will continue to spread the belief that sex is for marriage, and because of this, there will be room for purity culture to morph into new cultural forms. We do not need another version of purity culture today or ever, and it will take a community effort to keep its message out of our churches and homes.

There is a space for sober minded Christians to tell the truth about their experiences, interpret the Bible carefully and communicate in a way that is not fearful or careless. There will need to be a vision for what Christian community looks like for LGBTQ+ Christians, for singles who are older than 25, for people who experienced divorce and bereavement. And there must be an effort to provide teen evangelicals with thorough, scientific, developmentally appropriate sex education.

If social media can convey a distorted message about sex, it can also be a tool to communicate the opposite.

(Devi Abraham is co-host of “Where Do We Go From Here?,” a weekly podcast untangling sexual ethics for a generation of Christians detoxing from purity culture. The views expressed in this commentary do not necessarily reflect those of Religion News Service.)