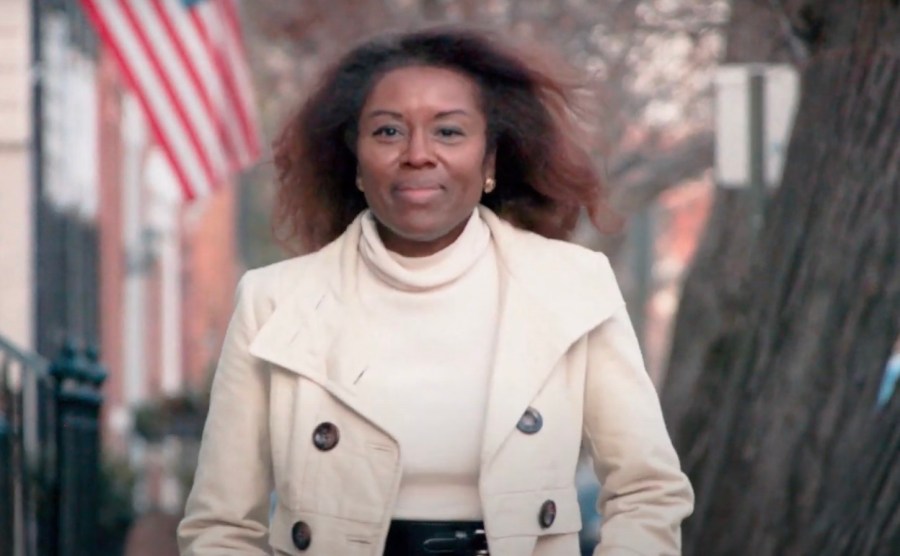 Virginia Lt. Gov.-elect Winsome Sears (R) is preparing to make history as the first woman and first Black woman to hold the post in the state.

Sears, a former state House delegate, was until recently not widely known beyond the commonwealth’s political circles. But she has jumped into the national spotlight since winning her election. She’s been making the rounds on Washington’s Sunday show circuit while continuing to introduce herself to constituents at post-election events.

And while Republican Gov.-elect Glenn Youngkin has walked a fine line between the pro-Trump and moderate Republicans, Sears has proven to be a staunchly conservative lightning rod.

She has been one of Virginia’s most outspoken advocates for parental rights and school choice, issues that proved to be winning ones for the commonwealth’s Republicans in November.

“It seems that no one was willing to buck the system,” Sears said in an interview with The Hill. “The system is we need to stop worshipping the brick building and give the child a chance, and the chance is the parents want to be able to decide where their children should go to school.”

Republicans have touted Sears’s win as evidence of the party’s diversifying candidates and base.

When former ESPN star Jemele Hill reacted to the news of the Republican wins in Virginia earlier this month by tweeting, “It’s not the messaging, folks. This country simply loves white supremacy,” a Twitter account in support of Sears clapped back with a picture of Sears holding a gun, saying, “We beg to differ.” The tweet went viral and was touted by conservative figures across the platform.

Sears, who will take office on Jan. 15, says she’s not looking for any accolades from the news media, but pointed to a double standard in how Republicans and Democrats are covered.

“Let’s go even further back when during the convention period when I was nominated and there were crickets,” she said.

“Maybe the cicadas hadn’t appeared yet, but certainly the crickets were out,” she quipped. “Nothing to say that [a Virginia political party] had nominated the first Black woman, statewide candidate. It wasn’t until my opponent was nominated and suddenly it was oh and by the way, yeah, Winsome was also.”

Republicans point to Sears as someone who can connect well with the party’s conservative, pro-Trump base.

“[She] will definitely help Glenn always connect with those MAGA voters because I know some people were worried, ‘well, is he going to govern more like a Romney than a Trump?’ And I think what Glenn was able to do was unite the party from MAGA to Never Trump to those Romney-Bush Republicans,” said Michael Allers Jr., who worked as Sears’s press secretary for part of the campaign.

“He will have his ear to the ground when it comes to the base because we have an active member of the base and that’s in Winsome,” he added.

Sears made headlines during an appearance on CNN last week when she refused to say whether she had been vaccinated against the coronavirus and questioned whether people who have contracted the virus should be vaccinated.

The lieutenant governor-elect also drew attention in Virginia’s political circles this month when she appeared at a fundraiser for GOP congressional candidate Tina Ramirez in the closely watched 7th Congressional District. Sears has not endorsed in the race, but her appearance at Ramirez’s campaign rally sparked speculation. Youngkin is not expected to get involved in the primary.

“It does show that if anyone thinks that Winsome Sears is going to be waiting to take her cues as an independently elected official from the governor-elect, that’s unlikely to happen,” said veteran Virginia political analyst Bob Holsworth.

This is not the first time that Sears has gone her own way on a particular issue. Earlier this year, Sears told Newsmax that she would support heartbeat abortion legislation amid the fallout over a Texas law that bans abortion as early as six weeks into a pregnancy, even in the cases of rape and incest. Sears’s comments appeared to break with Youngkin on the issue, who had said that he’s in favor of the procedure in the cases of rape and incest.

However, her campaign quickly walked back the comments, saying that Sears recognized the legislation could never get the votes to pass through the state’s General Assembly.