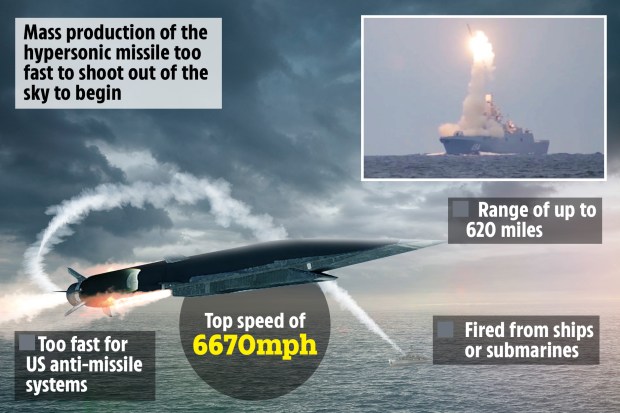 Mass production of Russia’s terrifying Zircon hypersonic missile has begun, as tensions with the West mount.

The Kremlin boasts that the 6670mph weapon – which carries a conventional or nuclear warhead – is “unstoppable”.

Russia’s relations with the West remain deeply strained amid concerns that thousands of their troops amassed on Ukraine’s border are a prelude to an all-out invasion.

Ukraine’s spy chiefs said they believe a full-scale invasion is planned in the New Year.

The go-ahead for full-scale production of Zircon at a top-secret plant near Moscow follows recent successful tests of the missile.