Do People Have Pent-up Anger Due to the Coronavirus Plague? Violent Brawls Break Out at Raiders-Cowboys Thanksgiving Day Game as Players Pummel Each Other and Two Women Pull Out Each Others Hair and Throw Devastating Let and Right Hooks 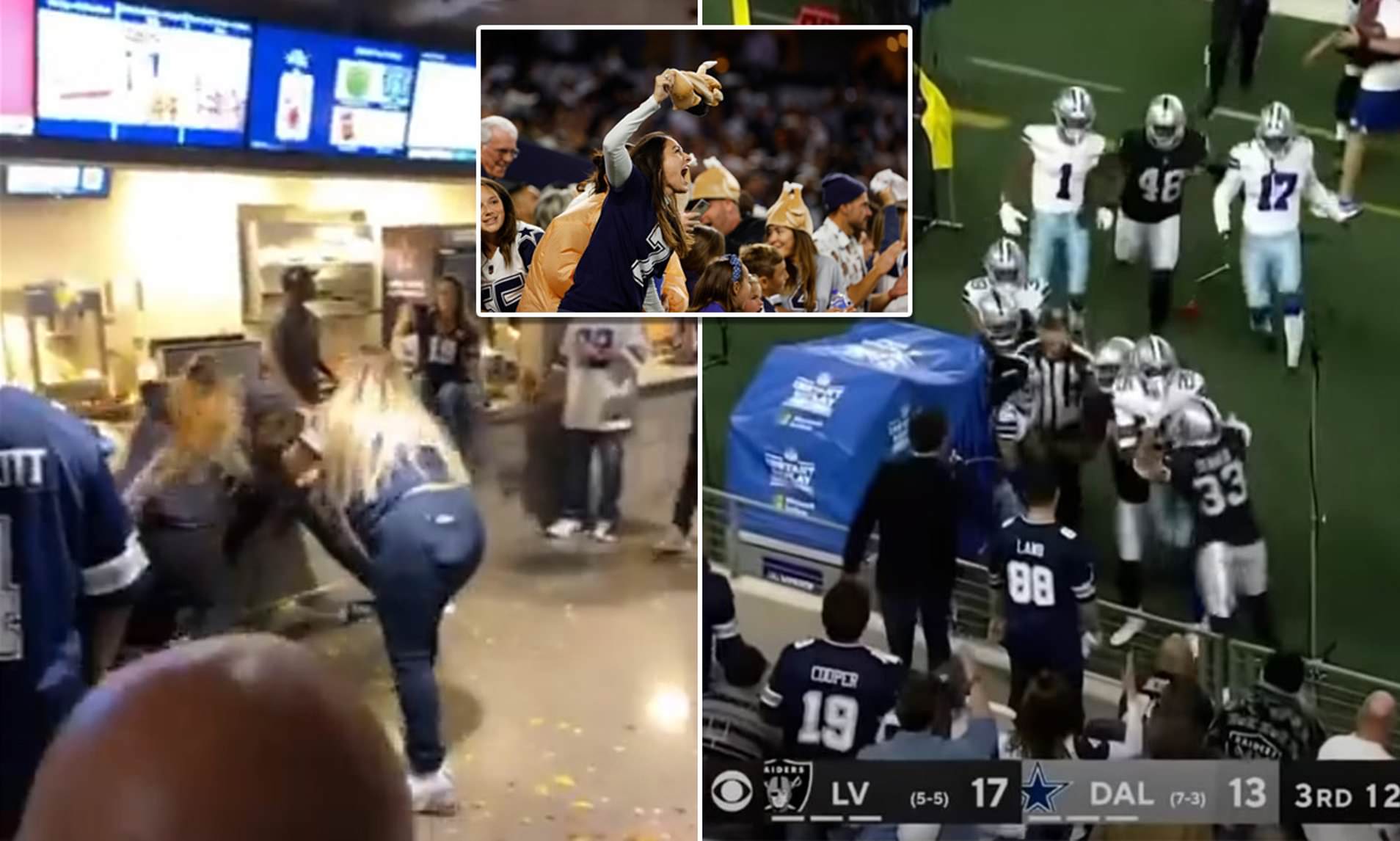 The Las Vegas Raiders-Dallas Cowboys Thanksgiving football game turned violent Thursday night with separate fights breaking out between not only the players, but also fans.

Several fights broke out at the NFL game, including two fights between Raiders and Cowboys players erupting with players wrestling each other to the ground, grabbing helmets and violently pushing one another.

The anger and violence spread to the stands, as well, with fans also throwing punches and attacking each other with hair pulling and brutal punches.

A bloody brawl broke out between players during the third quarter, ending with two ejections and a bloody referee.

Field judge Tom Hill took it on the chin (literally) during the Cowboys/Raiders game and had to get a Band-Aid. pic.twitter.com/2aPVb6q6Cq

A couple chicks throwin it down at the cowboys game tonight pic.twitter.com/TkMoxWu7ap