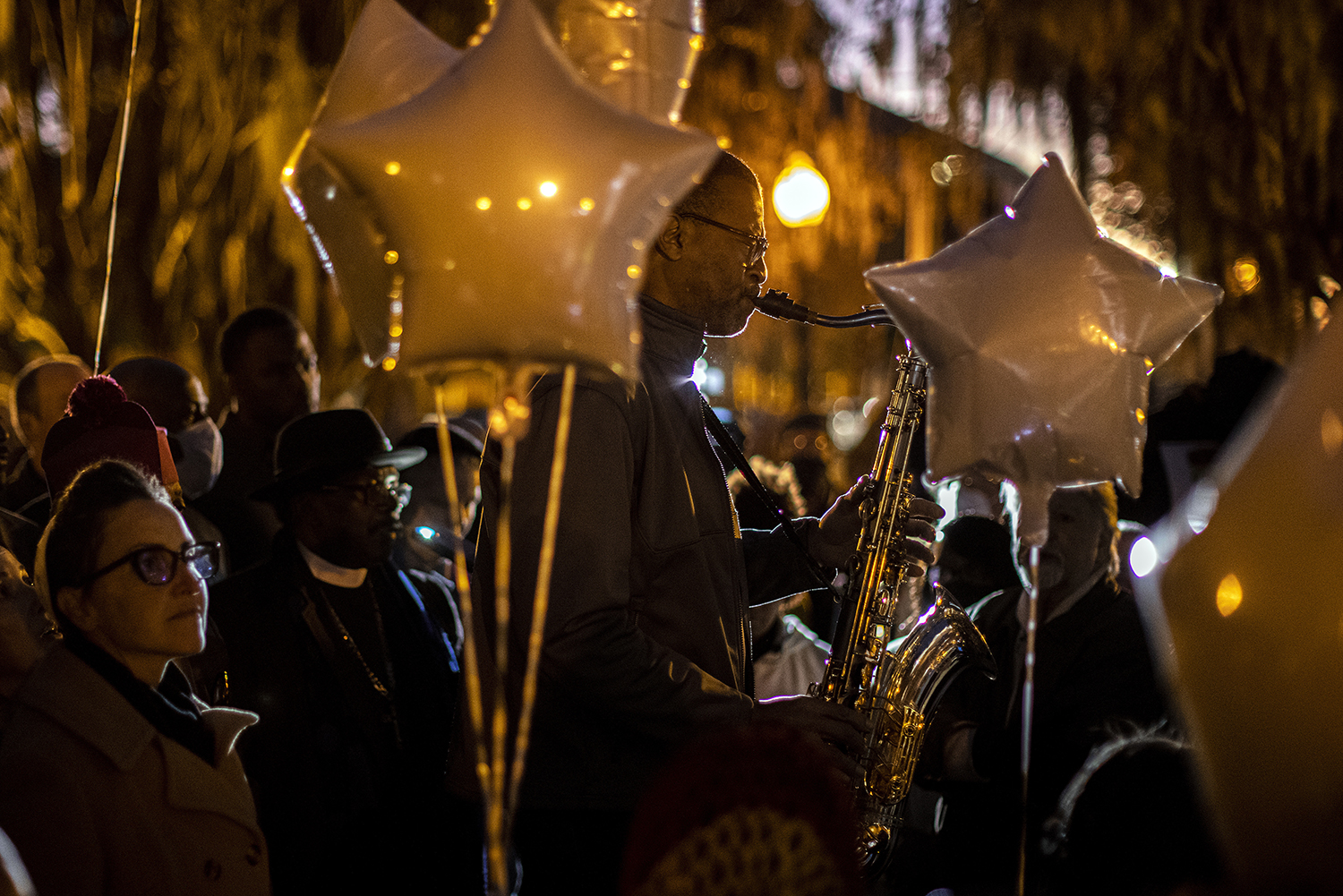 (RNS) — Religious groups and faith leaders across the country said the verdict in the Ahmaud Arbery case — that found all three white men charged in his death guilty of murder — is a sign of progress, even as they mourned Arbery’s death and said the church must continue to work toward justice and racial healing.

Greg McMichael, son Travis McMichael and neighbor William “Roddie” Bryan were all convicted Wednesday (Nov. 24) of murder after jurors deliberated for about 10 hours. They face minimum sentences of life in prison. It is up to the judge to decide whether that comes with or without the possibility of parole, according to The Associated Press.

The McMichaels grabbed guns and jumped into a pickup truck to pursue Arbery, 25, seeing him running outside the Georgia port city of Brunswick in February 2020. Bryan joined the pursuit in his own pickup and recorded cellphone video of Travis McMichael fatally shooting Arbery.

While the McMichaels told police they suspected Arbery was a fleeing burglar, the prosecution argued that the men provoked the fatal confrontation and that there was no evidence Arbery had committed crimes in the neighborhood.

After the verdict was announced, Arbery’s mother, Wanda Cooper-Jones, said: “It’s been a long fight. It’s been a hard fight, but God is good.”

The Rev. Al Sharpton, standing beside Arbery’s mother and father, thanked God “for shining on us,” as well as the lawyers in the case, and the activists “that marched and stood up.” Sharpton said Arbery’s parents “lost a son, but their son will go down in history as one that proved that if you hold on, that justice can come.”

“Let the word go forth all over the world that a jury of 11 whites and one Black in the Deep South stood up in the courtroom and said that Black lives do matter,” he said.

“Almost 10 years after Trayvon, God used Wanda and Marcus’ son to prove that if we kept marching and kept fighting, we would make you hear us,” Sharpton added.

To Baptist minister and U.S. Sen. Raphael Warnock, the “verdict upholds a sense of accountability, but not true justice.”

“True justice looks like a Black man not having to worry about being harmed — or killed — while on a jog, while sleeping in his bed, while living what should be a very long life. Ahmaud should be with us today,” Warnock said.

“I’m praying for Ahmaud’s family as they begin the difficult journey towards healing,” Warnock added.

The Rev. Kelly Brown Douglas, dean of the Episcopal Divinity School at Union Theological Seminary, said her hope was “renewed in a just God,” but she added: “we must not forget that (Arbery’s) life has been lost to an injustice that this court can never correct.”

“Another Black mother is sitting down at Thanksgiving without her son,” she said.

The Rev. Alvin Herring, executive director of Faith in Action, praised the verdict, saying it was a sign of progress, “especially when you consider it was nearly an all-white jury, in an out of the way Southern town, that convicted these three murderers.”

“Our work, at least today, seems not in vain, and means that we must persist in our efforts to defeat hate and demand justice for our siblings who fall victim to racist violence,” said Herring, who was among hundreds of pastors who showed up outside the Brunswick courthouse last week.

The pastors rallied and prayed outside the trial on Thursday in reaction to a defense lawyer who protested Sharpton’s presence in court and said he didn’t want “any more Black pastors” in the courtroom.

Activist Linda Sarsour said the verdict was for Arbery’s mother, who “continues to fight for her son.”

“Rest in power #AhmaudArbery. We won’t stop until Black men and women can live, walk and jog safely everywhere in this country,” Sarsour said.

Bishop Michael Curry, presiding bishop of the Episcopal Church, gave thanks for the outcome and said the church and the nation “must labor on for racial healing.”

“We must reimagine and advocate against systems, laws, and policies that encourage vigilantism and diminish human life, because all people should be treated with the dignity, love, and respect that is due children of God,” he said.

In a statement, the Council on American-Islamic Relations said it welcomed the guilty verdicts and commended the Arbery family “for the perseverance they have shown since his murder. May Allah grant justice to the many other victims of racist crimes whose killers never faced trial.”

Alan Cross, a Southern Baptist pastor, said he was grateful for the guilty verdict for the ”heinous crime this was.”

“I still remember, however, some of the fundamentalist preachers on here confronting people for rightly observing what was obviously a racist murder/lynching,” Cross added.

The Jewish Community Relations Council of Atlanta released a statement expressing gratitude “that the jury, under the guidance of a thorough judge, properly applied the law.”

“We note with appreciation Rabbi Rachael Bregman’s presence throughout the trial in support of the Jewish principle of tzedek tzedek tirdoff — justice, justice you shall pursue,” the statement read.