Pete Davidson Is Acting Like a Clown for Messing With Kanye West’s Wife and Kim Kardashian Is Acting Like a Whore and a Cougar and Is Setting a Bad Example for Her Children and Should Go Back to Her Husband as Kanye West Admits ‘I’ve Publicly Done Things That Were Not Acceptable as a Husband’ and Says God Will Bring Him and Kim Kardashian Back Together. Even Though She’s Acting Very Foolish Right Now if She Ran for President Against Megan Markle Kim Would Win Hands Down Because She Gets Things Done and Has a Heart for People but She Would Have a Better Time of Winning and Having Favor With People if She Would Keep Her Third Marriage Together With Kanye 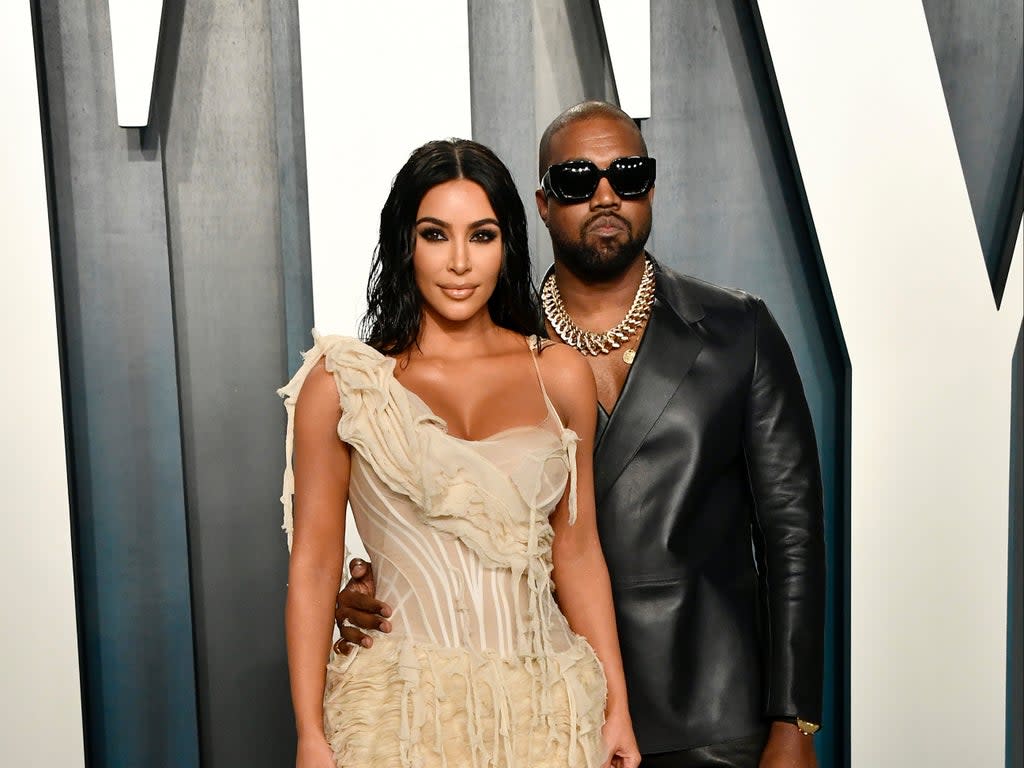 Kanye ‘Ye’ West said on Wednesday that God will reunite him and estranged wife Kim Kardashian as he admitted he’d made ‘mistakes’ in his marriage.

West, 44, spoke out about his marriage as he appeared at the Los Angeles Mission to deliver 1,000 meals to Skid Row ahead of the Thanksgiving holiday.

He continued: ‘I’ve publicly done things that were not acceptable as a husband, but right now today, for whatever reason – I didn’t know I was going to be in front of this mic – but I’m here to change the narrative.’

Kanye spoke out on the status of the relationship as Kardashian’s new romance with Pete Davidson continues to make headlines.