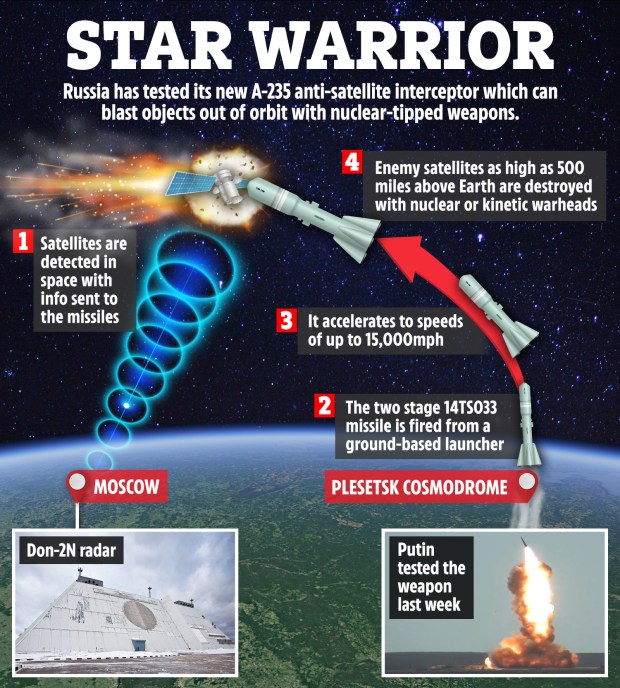 Russia’s new weapon dubbed “Star Warrior” has the West worried as it can blast satellites out of orbit at heights of up to 500 miles above Earth.

It comes after Putin used the weapon to destroy a redundant Soviet-era Tselina-D military reconnaissance satellite – blasting it into an orbital debris storm.

Intelligence sources in the West and Russia believe the hunk of space junk was annihilated by the new satellite killer missile system.

The weapon has been dubbed the “Star Warrior” by state Russian media and is the next step in an orbital arms race.