Tragic: Penn State Student, 19, Dies After Falling 11 Stories Down a Trash Chute Into Dumpster: Mom Fears She Was Being Chased Before Body Was Found When a Truck Emptied Its Load at Local Landfill 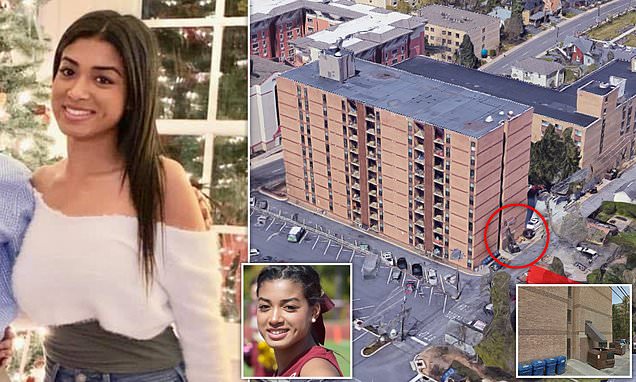 A New Jersey college student studying at Penn State fell 11 stories down a trash chute in her apartment building to her death after purportedly having a ‘bad reaction’ to smoking marijuana, and her mother suspects foul play.

Justine Gross, 19, was found dead in a landfill on November 12, a day after she was reported missing.

Surveillance footage shows Justine leaving her place on the 10th floor of Beaver Terrace Apartments, which is off-campus housing, and walking to meet a man at his apartment on the seventh floor, her mother Francoise told NJ Advance.

She is later seen stumbling out of the man’s seventh-floor apartment with him, but then the video captures her running onto the 11th floor, seemingly alone, and quickly getting in the trash room where the chute is. That is the last time the college sophomore was seen alive, and her mother suspects she was being chased.