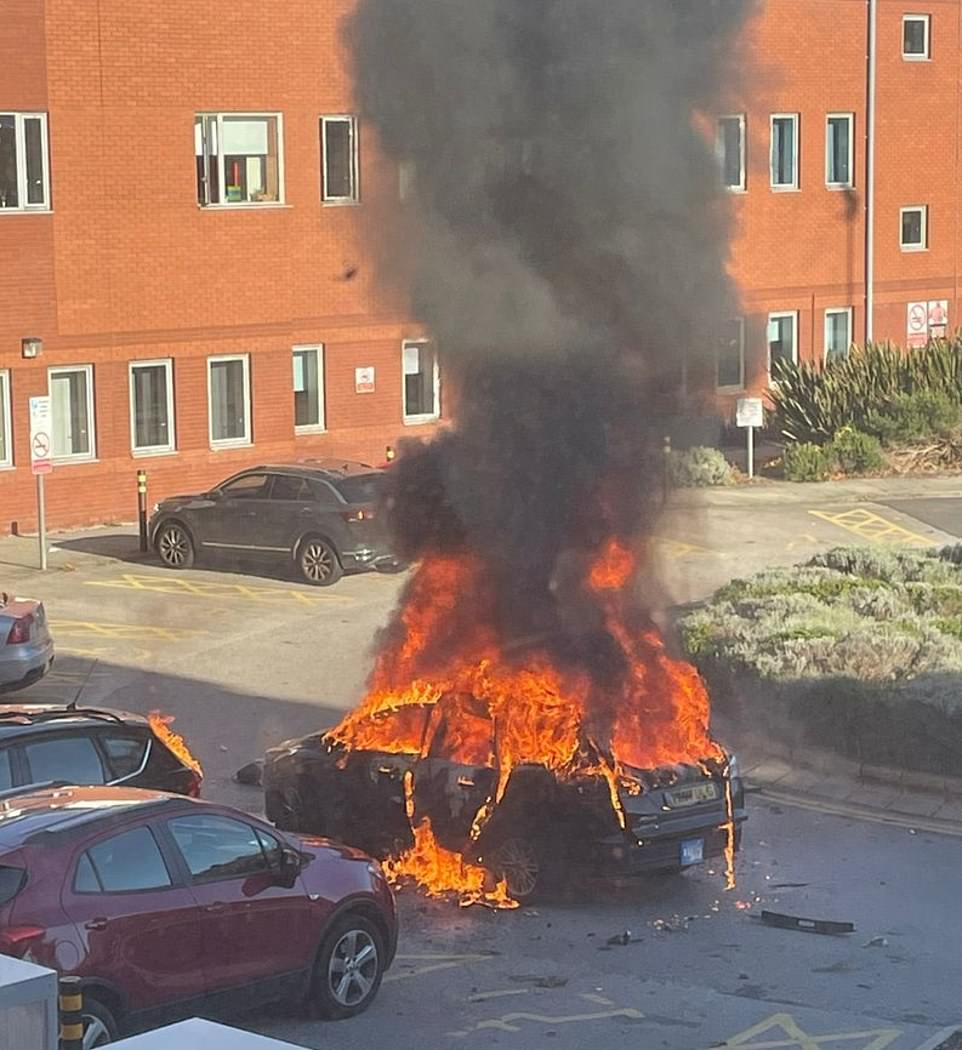 A taxi driver apparently locked a suicide bomber in his car after spotting explosives before a blast ripped through the vehicle outside a maternity hospital in Liverpool on Sunday.

The explosion, reported at 10:59am, came moments before the nation fell silent to mark Remembrance Day and killed the cab passenger and injured the driver, named locally as David Perry.

The car passenger, a man, was declared dead at the scene and is yet to be formally identified. Perry was injured and was tonight being treated for ‘non-life threatening’ injuries, which friends said included burns and shrapnel wounds.

The incident took place as a remembrance service involving scores of military personnel, veterans and civic dignitaries, was happening at Liverpool’s Anglican Cathedral less than a mile away.

Unconfirmed reports on social media suggested Perry averted disaster by locking his passenger inside. Stephen Thomas said online: ‘The taxi driver is my mate, and he spotted the passenger acting suspicious. He’s in hospital, luckily he escaped just before but he did suffer some injuries.’

Kev Cuthbertson also wrote on Facebook: ‘It’s my mate who got blown up. He’s in a bad, bad way. He’s a fellow driver on delta. He’s had his ear sewn back on, got burns and shrapnel wounds and other pretty serious injuries. He is a hero. When he noticed the bomb, he locked the scumbag in the car. But took the brunt of the blast.’

Armed police late on Sunday arrested three men, aged 29, 26 and 21, in Sutcliffe Street, off Boaler Street, in the Kensington area of Liverpool as part of a terror probe into the incident. Detectives and Army bomb disposal experts are investigating whether the blast was triggered by a suicide bomber. The timing of the incident, at 10.59am on Poppy Day, is being examined.