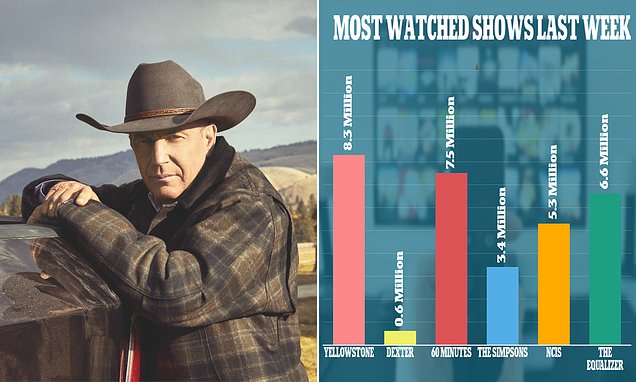 The runaway popularity of Yellowstone, which saw more than 8 million people tuning in to its season four premier, put it over the top of heavyweight favorites like 60 Minutes and NCIS (right). Yellowstone focuses on Kevin Costner’s John Dutton (left), a landowning rancher in Montana overseeing his wealth and family, a setting rarely seen among modern top-rated shows. And unlike shows like Succession that play up the drama of the modern Big Apple or America’s metropolitans, Yellowstone puts a lens on rural America where local businesses are losing their wealth and power in a changing nation.