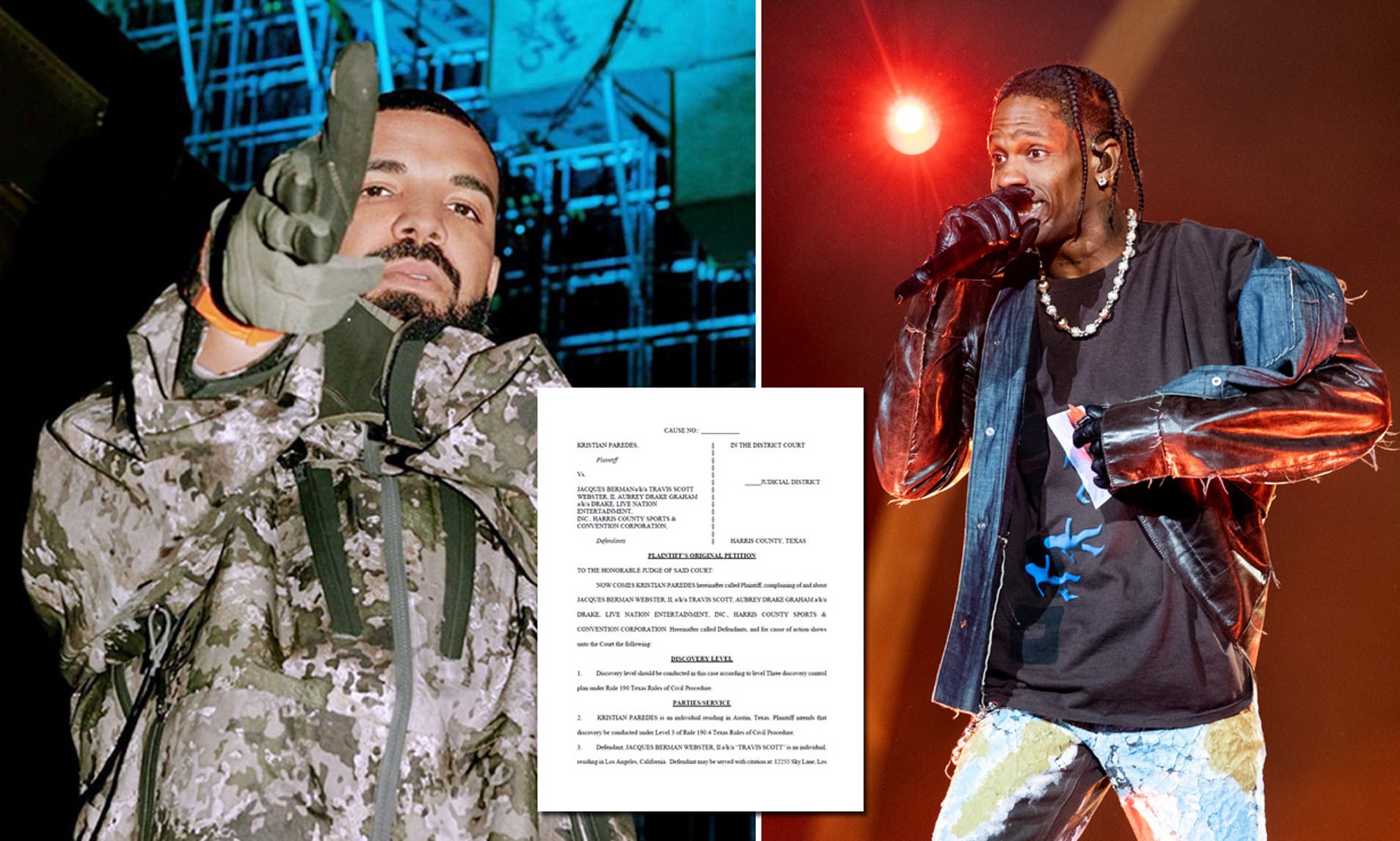 Rappers Travis Scott and Drake have been sued over the incident at the former’s Astroworld Festival on Friday that left eight people dead.

According to a report from The Daily Mail, the suit is being filed on behalf of concert attendee Kristian Paredes, 23, from Austin, Texas.

Paredes reportedly filed the complaint seeking more than $1.35 million in damages after both rappers allegedly “incited the crowd” and left him injured.

The Astroworld Festival turned deadly when the crowd surged forward after Drake made an appearance on stage.

At a news conference Saturday afternoon, Houston Mayor Sylvester Turner confirmed that while the age of one fatality remained unknown, other victims were 14, 16, 21, 21, 23, 23 and 27.

The causes of the deaths were not immediately known following what has been referred to as a “mass casualty incident.”

In a press release announcing the lawsuit, Henry noted that Drake and Scott continued to perform even as vehicles attempted to break through the crowd to help those who had been injured and others called for the show to be stopped.

“Live musical performances are meant to inspire catharsis, not tragedy,” said Henry in a press release.

“Many of these concertgoers were looking forward to this event for months, and they deserved a safe environment in which to have fun and enjoy the evening. Instead, their night was one of fear, injury, and death.”