Mother weeps over open coffin of Brazilian pop star daughter Marilia Mendonca, 26, killed in private jet crash as thousands line up at stadium to pay their respects — “It is appointed unto men once to die, but after this the judgment:” Daniel Whyte III says if God will allow you to die, He will allow you to go to hell. Believe on the Lord Jesus Christ and thou shalt be saved 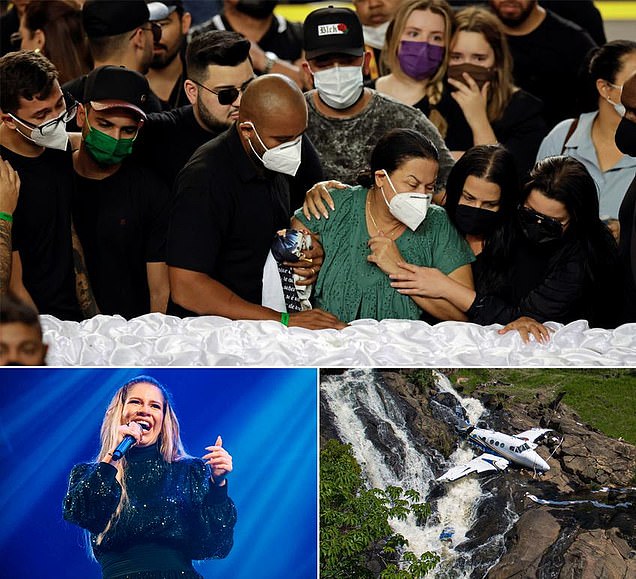 Thousands of fans lined up outside a soccer stadium waiting to pay their respects to Brazilian singer Marília Mendonça (top right) after she was killed in a plane crash on Friday. Devastating images from the public wake show Mendonça’s mother (left) looking over her daughter’s coffin covered in silk white ruching as black-clad mourners surround her with heartbroken expressions. 26-year-old Mendonça died along four others after her private jet (bottom right) went down near a waterfall in southeastern Brazil on Friday on her way to Minas Gerais city of Caratinga, where she was meant to perform at a concert.