Glory: Even Jay-Z Who, Supported Obama’s Efforts to Make America Accept the Abomination of Homosexuality and Homosexual Marriage, Defends His Friend Dave Chappelle for Agreeing With Harry Potter Author J.K. Rowling and Saying That a Man Is a Man and a Woman Is a Woman and a Man Cannot Take the Place of a Woman 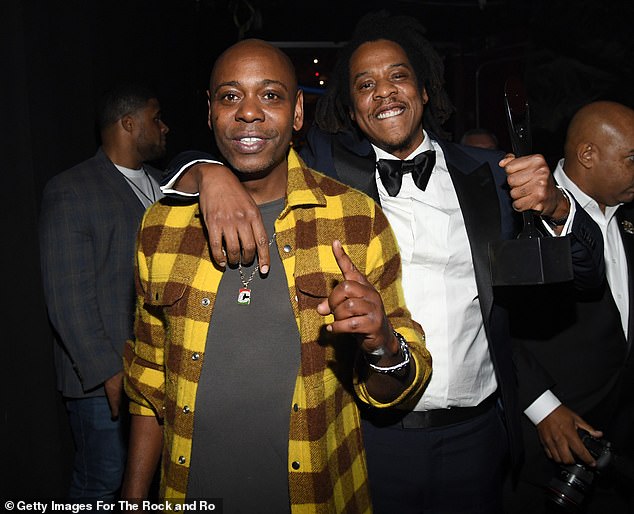 Jay-Z went on the record defending his friend Dave Chappelle in the wake of backlash following his Netflix special The Closer.

On Friday, in an audio conversation on Twitter, the 51-year-old rapper was asked about his thoughts on the 48-year-old comedian’s controversial stand-up show.

‘I think that Dave is super brave and super genius,’ he started out saying about the Half Baked star.

And the music artist continued: ‘If you spend time with him, he’s brilliant and I think he pushed a lot of buttons.

‘I think that what happens with true art is it has to cause conversation and you know sometimes it’s going to be abrasive.’

Speaking in general, the father-of-three – who’s married to Beyoncé – added: ‘I don’t want to answer for Dave Chappelle, so I’m not speaking specifically to his work – I think great art is divisive.’

And then he added, ‘Some people like it, some people hate it. When you making great art, you have to be fearless and you have to create something that you believe in. That’s what it’s about.’