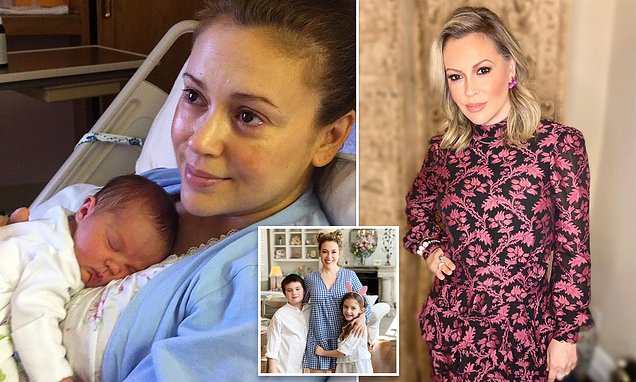 Milano, 48, said she realized in therapy that she was carrying guilt over two miscarriages she suffered while trying to have children. Some part of her thought it was punishment, and later she worried something might happen to her kids as a ‘karmic resolution’. She previously revealed she’d had two abortions in 1993; she’d been using birth control and called the decision ‘devastating’ but ‘absolutely the right choice.’ Milano described the abortions, which occurred at seven or eight weeks, a ‘bummer.’ The actress shares a ten-year-old son, Milo, and a seven-year-old daughter, Elizabella, with her husband David Bugliari.