The Devil Is a Lie: QAnon Followers Gather in Dallas for the Arrival of JFK Jr., Who Died in 1999 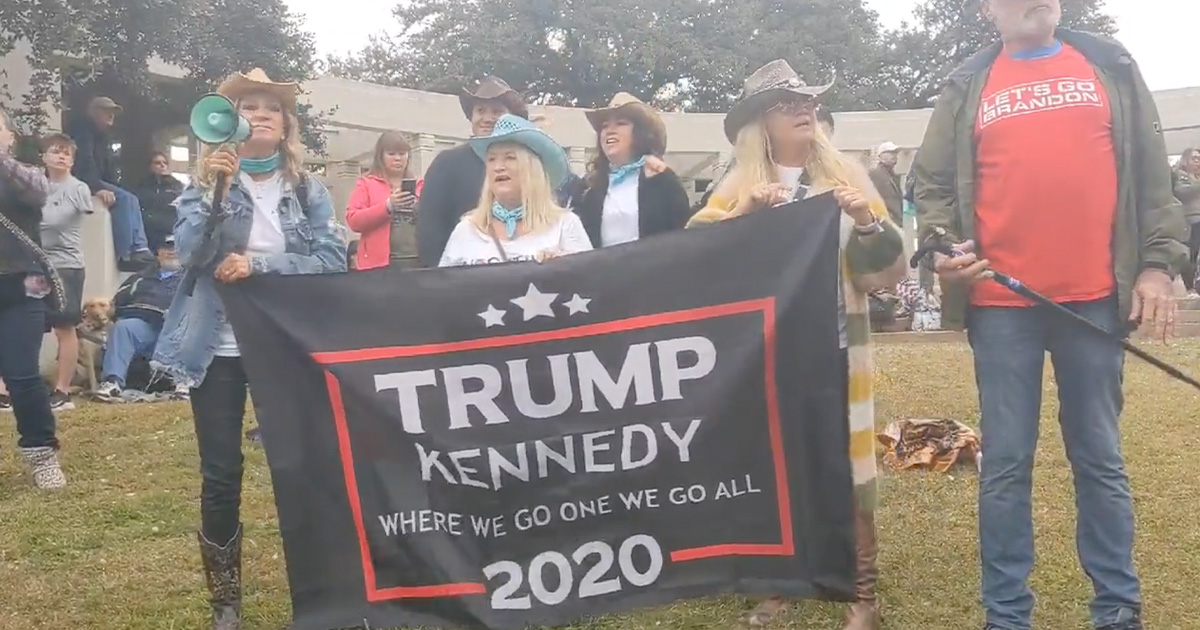 Remember QAnon? Well, apparently there are still people who believe these conspiracies, one of which involves John F. Kennedy Jr.

Your first reaction to that is probably “Didn’t JFK Jr. die years ago?” He did. The son of the late U.S. president tragically died in a plane crash in 1999.

But as The Daily Beast reported in 2018, one of the wilder QAnon conspiracies is that Q might actually be JFK Jr., who is still alive.

Around the middle of July, a new figure named “R” appeared in the 8Chan forum devoted to QAnon “research.” (“R” is the letter in the alphabet after “Q.”) The anonymous poster, who was soon dubbed “Ranon,” posited that Kennedy hadn’t actually died in a plane crash off the coast of Massachusetts. Instead, he’d faked his death to avoid the supposed deep-state cabal that is at the center of QAnon and teamed up with Trump to kick off a decades-long strategy. While Trump had laid the groundwork for his presidential bid, QAnon believers posited, Kennedy had become Q.

There’s been some minor chatter about this nonsense over the past few years, but on Tuesday people actually showed up in Dallas expecting to see JFK Jr.’s return, along with an announcement he’s running with Trump in 2024 or something.

Reporter Steven Monacelli has been in Dallas since Monday night chronicling this bizarre gathering.

He said that the Q followers believe JFK Jr. will appear at the grassy knoll (yes, really) and speak Tuesday afternoon.

There is currently a large crowd of what appears to be QAnon believers at the AT&T Discovery Plaza in downtown Dallas. A popular QAnon theory recently is that JFK Jr. of the Kennedy family will be making a big announcement at Dealey Plaza by the grassy knoll sometime tomorrow. pic.twitter.com/8L0Lw09wH7

Mike Pence gets no love. pic.twitter.com/QPk2ifreMN

Earlier Tuesday, Monacelli said more people were gathered in anticipation of the announcement.