‘I’m young, rich and can do what I want’: What 18-year-old Florida social media star Damaury Mikula said when he was arrested after ‘DELIBERATELY provoking trooper into 100 mph chase by wheel-spinning off from stop sign’ 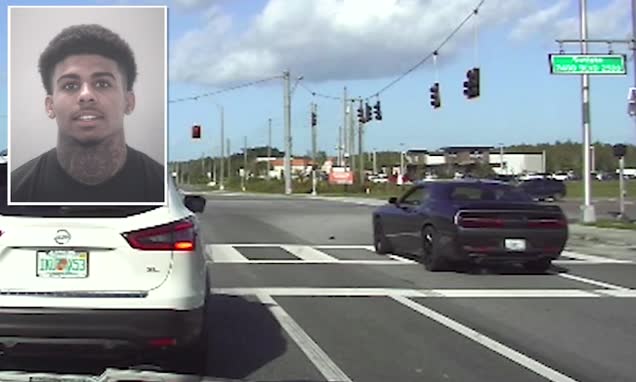 A Florida TikTok star was arrested on Friday after he allegedly ran a ran light and provoked a 100-mile-per-hour high speed chase. Damaury Mikula, 18, of Pasco, Florida, has more than four million followers on TikTok and has frequently posted content featuring his Dodge Challenger, a vehicle that can go up to 141mph with a starting price of $29,065. The TikTok star, who is said to make $400,000 to $450,000 per year, was recorded being chased by Pasco County Police at the intersection of State Route 54 at Sunlake Boulevard. The chase, which happened at around 10.30am, was considered to be ‘fun’ for Mikula who was later arrested in front of his home.