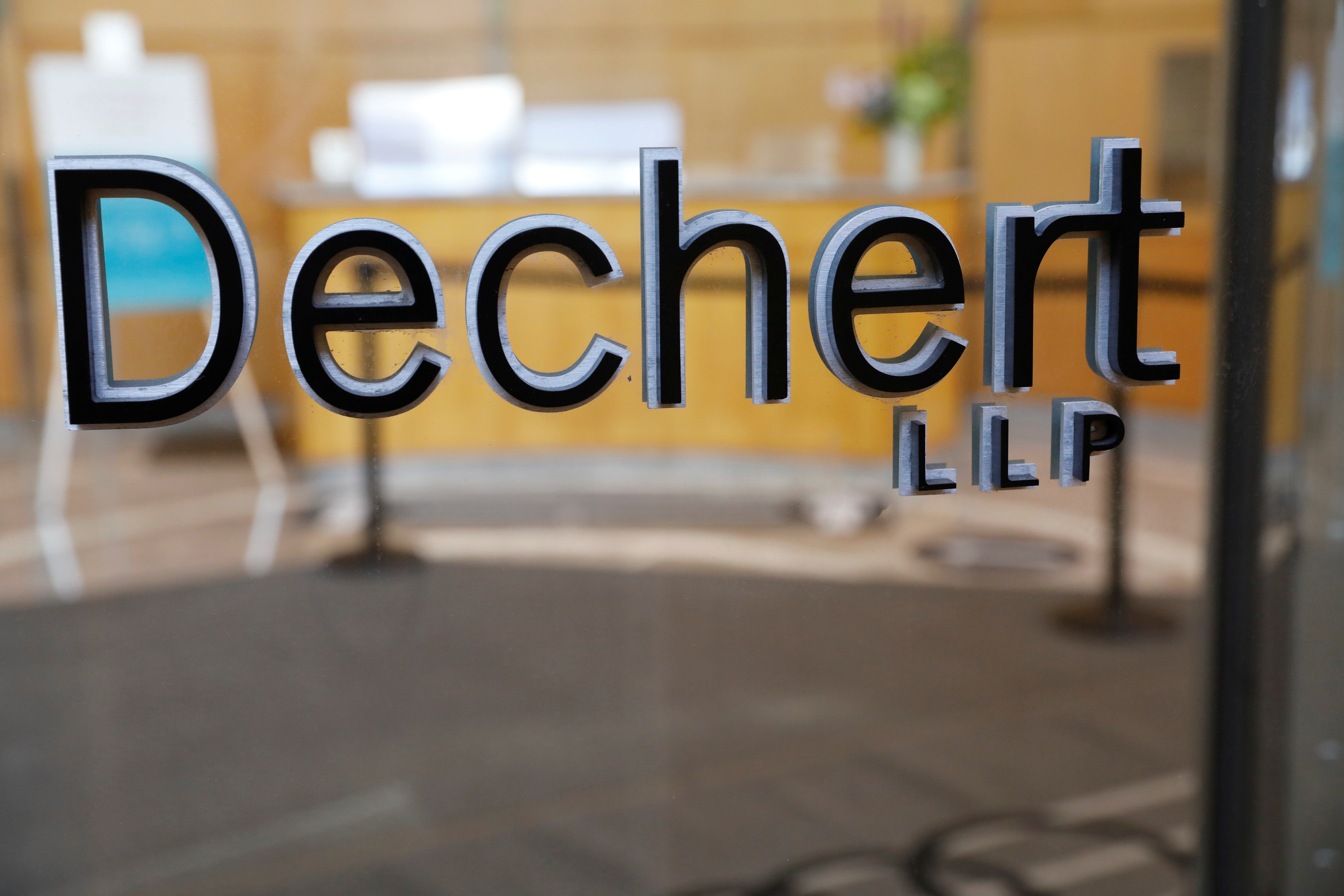 (Reuters) – Federal judges have vast power to police the conduct of lawyers who appear before them. They can hold lawyers in contempt to avert imminent threats to their authority and courtroom decorum. Or they can invoke their inherent power to impose sanctions for violations of their orders.

But according to a new brief at the 11th U.S. Circuit Court of Appeals from two Dechert lawyers who were sanctioned in the epic multidistrict litigation over 3M Co combat earplugs, judges can’t conflate those powers to bypass procedural guardrails when there’s no pressing threat to their authority.

The lawyers, Kimberly Branscome and Jay Bhimani, were hit with sanctions totaling $12,000 for allegedly flouting instructions from U.S. District Judge Casey Rodgers of Pensacola, Florida, during closing arguments last June in the third bellwether trial in the 3M MDL. Branscome, who delivered the argument, owes $10,000. Bhimani owes $2,000 because he was responsible for conveying the judge’s verbal order restricting use of the contested evidence to Branscome.

Gibson, Dunn & Crutcher, which is representing Branscome and Bhimani in their appeal of Rodgers’ sanction order, contends in the new 11th Circuit brief that the Dechert lawyers actually did nothing wrong. Branscome believed she was complying with the judge’s restriction on a hotly contested piece of evidence during her closing argument for 3M, the brief said. The Dechert lawyers also acted in good faith to quell the judge’s qualms after Rodgers raised concerns in the midst of Branscome’s argument, Gibson Dunn argued.

But the brief suggested that the 11th Circuit does not even need to delve into Dechert’s compliance with Rodgers’ order because the judge acted without regard for fair process.

By then, according to Gibson Dunn, there was no reason to rush since there was “no breakdown in order” and the jury had retired to deliberate. Rodgers nevertheless made up her mind on the spot, the brief said, rather than issuing a show-cause order to allow Branscome and Bhimani to explain their conduct in writing or even giving them an opportunity to present a formal oral argument against sanctions.

“The first time that [the Dechert lawyers] were warned that their conduct could result in sanctions was when they were actually being sanctioned,” Gibson Dunn argued.

The judge justified her quick action in a written decision issued a few days after the sanctions order. “Summary adjudication of misconduct involving the violation of court orders during an ongoing trial is paramount to preserving the integrity of the court,” Rodgers wrote. “Unless the court took a significant, essentially immediate step to deter counsels’ willful disregard of its evidentiary and demonstrative rulings, this extraordinarily complicated trial, and the broader multidistrict litigation, risked becoming unmanageable.”

Gibson Dunn’s 11th Circuit brief for the Dechert lawyers argued, however, that the two cases Rodgers cited to justify her “summary sanction” did not involve judges’ inherent power to order sanctions, but rather their authority to expedite contempt proceedings. “Contempt and inherent-power sanctions are distinct species of redress for perceived disobedience,” the brief said. “There is no such thing as a ‘summary sanction’ under the law, and the court’s reliance on caselaw addressing a court’s summary contempt power is irrelevant.”

It’s not clear whether plaintiffs’ lawyers from Tracey Fox King & Walters; Clark, Love & Hutson; Seeger Weiss and Ciresi Conlin will respond to Dechert’s argument at the 11th Circuit. A spokesperson for the MDL leadership team did not immediately answer my query on that point.

The contested evidence that led to the Dechert sanction, as I’ve reported, is a study conducted on behalf of a 3M competitor in unrelated patent litigation. The competitor’s study found that 3M earplugs were even more effective at reducing noise than 3M claimed in its labeling. The 3M MDL judge has consistently ruled that the competitor study is inadmissible hearsay and has refused to allow 3M to introduce the study as evidence that 3M’s earplug labels were adequate. She has, however, allowed 3M lawyers in the early bellwether trials to use the study in their cross-examination of plaintiffs’ expert witnesses.

The night before Branscome presented her closing argument in the Baker case, plaintiffs’ lawyers informed the judge that the Dechert lawyer intended to show jurors a slide depicting the results of the disputed study, including its finding that the earplugs’ noise reduction rate was better than 3M advertised. At an early-morning hearing attended by Bhimani, Rodgers said Branscome could use the slide only if she made it clear to jurors that she was not offering the study as evidence of the earplugs’ favorable noise reduction rate, but only to impeach the credibility of plaintiffs’ experts.

Bhimani conveyed that instruction to Branscome, who used the slide during her attack on the other side’s experts. But the Dechert lawyer also told jurors to use their “common sense” about the report’s conclusion. That was a trigger for the judge, who called Branscome to the bench and ordered her to tell jurors the slide was not evidence. Branscome responded by reminding the jury that the study was hearsay. That correction did not satisfy Rodgers, who cut in to instruct jurors not to consider the truth of the report’s conclusion.

After an impromptu hearing that evening, the judge concluded that Dechert had willfully disregarded her orders. Dechert’s 11th Circuit brief called the flap “a misunderstanding over a vague directive.”

Dechert continues to represent 3M in the earplug litigation, although co-counsel from Kirkland & Ellis have led most of the bellwether trials. Earlier this month, 3M lost for the third time in four trials, with a jury awarding $8.2 million to an army vet who suffered hearing loss.

Whatever the appeals court decides on the Dechert sanctions, the study won’t be a problem going forward: On Wednesday, Rodgers ruled that it can no longer be used for any purpose in the MDL.