There’s a devil loose: Teen is sentenced to 150 years in prison for killing 16-year-old girl and her parents after they caught him in bed with her 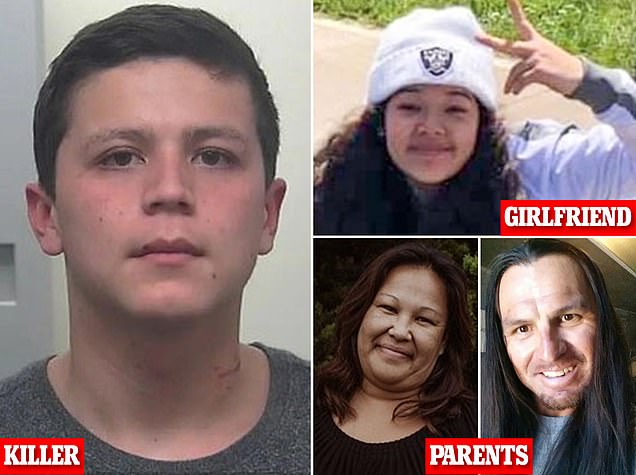 A California teen killed his 16-year-old lover and her parents after he was caught by the pair in the underage girl’s bed, prosecutors said.

Mauricio Johnson pleaded guilty to the three murders in Humboldt County Superior Court Tuesday after making a deal with prosecutors, which saw the 19-year-old dealt a 150-year prison sentence.

Johnson told the court Tuesday that he killed Nikki Metcalf and Margarett Moon, both aged 40, after Metcalf found him in bed with their underage daughter, Shelly Autumn May Moon, in February.

The grisly triple murder took place at the couple’s home in Northern California, in the Bear River Band of the Rohnerville Rancheria, a reservation situated in the small town of Loleta.