There’s a devil loose: House of horrors boyfriend was arrested and held in jail for nearly a week just days after he ‘beat 8-year-old autistic boy to death’ after turning up drunk and armed at a convenience store 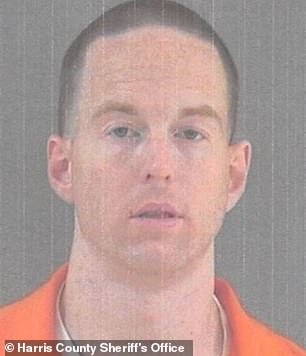 Just days after the boyfriend in the Houston House of Horrors case allegedly beat an eight-year-old boy to death last November, he was arrested at a convenience store 140 miles away, where police say he was found drunk, possibly high and armed with a gun.

Brian Coulter, 31, is being held on $1million bond in Houston, having been charged with felony murder for the killing of eight-year-old Kendrick Lee, whose skeletal remains were found in an apartment alongside the boy’s three starving brothers last weekend.

In a recent jailhouse interview, Williams claimed she did not know her son Kendrick was dead, and defended abandoning her other children for more than six months by saying that she would ‘check on them every two weeks.’

Law enforcement authorities in Harris County have said that Coulter allegedly killed Kendrick sometime around Thanksgiving Day 2020, but the revelation concerning his previously arrest suggests that the fatal beating took place between November 20-23.