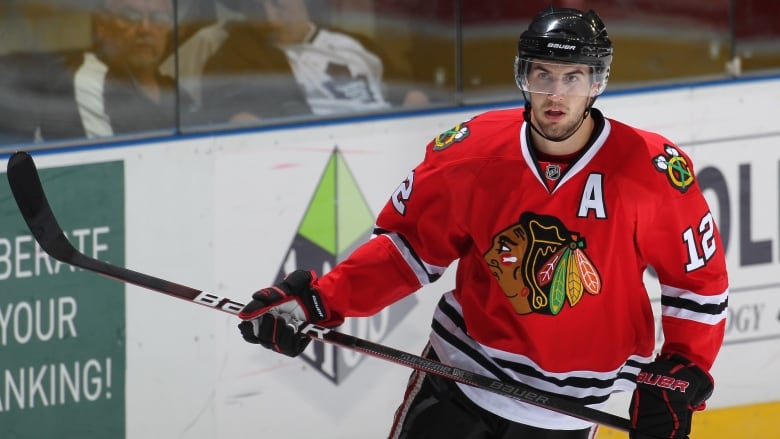 Beach appeared on TSN’s SportsCentre on Wednesday night to identify himself as the first accuser of former Chicago video coach Brad Aldrich.

He had been named John Doe 1 in court documents related to the alleged sexual assault in 2010.

Beach’s revelation comes a day after the NHL levied a $2 million US fine on the franchise and Chicago’s general manager Stan Bowman resigned in the wake of a damning independent investigation, commissioned by the team in response to two lawsuits, into the team’s handling of the allegations.

Beach told TSN seeing Aldrich around the team made him feel sick.

“I reported this and I was made aware that it made it all the way up the chain of command by [Jim Gary] and nothing happened,” Beach said. “It was like his life was the same as the day before. Same every day.

“And then when they won, to see him paraded around lifting the Cup, at the parade, at the team pictures, at celebrations, it made me feel like nothing.”