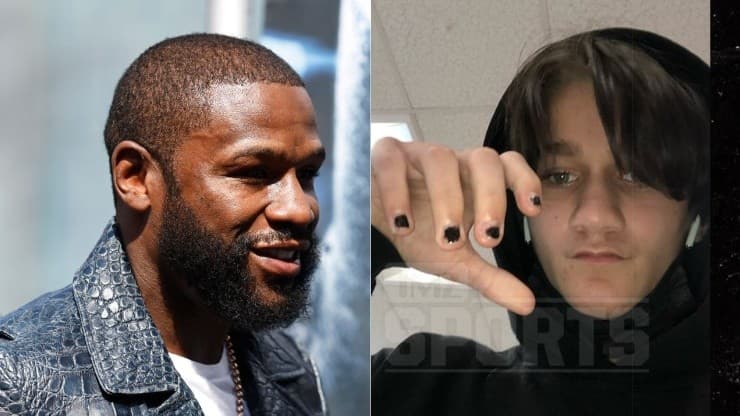 Floyd Mayweather attended the Western Conference game between the Clippers and Grizzlies at the STAPLES center on October 23rd and his presence obviously caught the attention of his fans throughout the game. Floyd fans waited for the game to end (Grizzlies won 120-114) to ask him for autographs and photos. But a young fan was unable to take a picture with Floyd Mayweather, as Floyd saw that the young fan had his fingernails painted black.

Everything was videotaped by the fan who wanted a photo with Floyd, as reported by TMZ a few hours ago. The reactions were not long in coming against Floyd Mayweather, some people labeled Floyd as a man with “toxic masculinity”, other people are in favor of Floyd and his right to take pictures with whoever he wants.