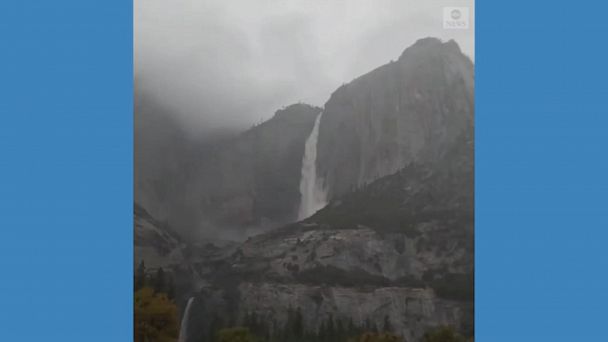 It also resurrected one of California’s most iconic natural features — Yosemite Falls.

Before a “bomb cyclone” slammed into the state Sunday, dropping nearly a foot of rain in some parts of a region strained by a climate change-fueled megadrought, the 2,425-foot falls had all but vanished, as often happens by late summer or fall.

But by Monday, more than six inches of rain had fallen across Yosemite Valley in 36 hours, the park said on Facebook. And the falls roared back to life, as one observer put it on Twitter.