Tom Cotton Eviscerates Merrick Garland Over New School Board Policy: ‘Thank God You’re Not on the Supreme Court, You Should Resign in Disgrace’ 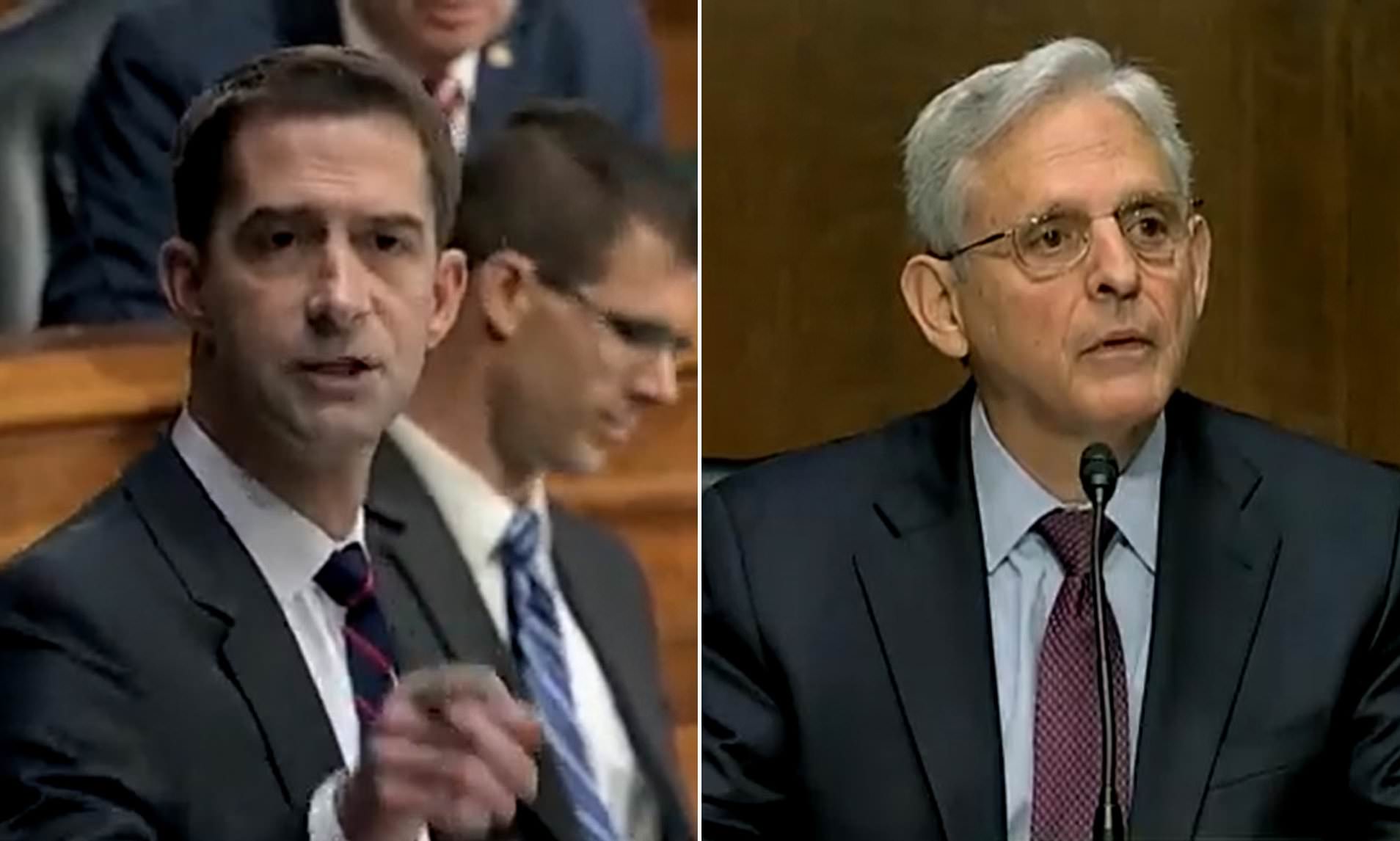 Sen. Tom Cotton tore into Attorney General Merrick Garland during testimony before the Senate Judiciary Committee on Wednesday, telling him to ‘resign in disgrace.’

‘Thank God you are not on the Supreme Court,’ the Arkansas Republican said, bringing up the touchy subject of Garland’s failed confirmation to the high court in 2016. President Obama appointed him and then-Sen. Majority Leader Mitch McConnell blocked his confirmation because it was an election year.

‘You should resign in disgrace,’ Cotton told Garland.

The senator was questioning Garland over a directive the Justice Department issued earlier this month promising more law enforcement resources for schools amid a rise in tensions and threats at school board meetings over matters like critical race theory, coronavirus precautions and transgender bathroom policies.

Cotton asked about a Loudoun County father who was dragged out of a school board meeting and arrested as he tried to tell the room his 15-year-old daughter had been raped by a boy dressed in a skirt at Stone Bridge High School in the girls’ bathroom.