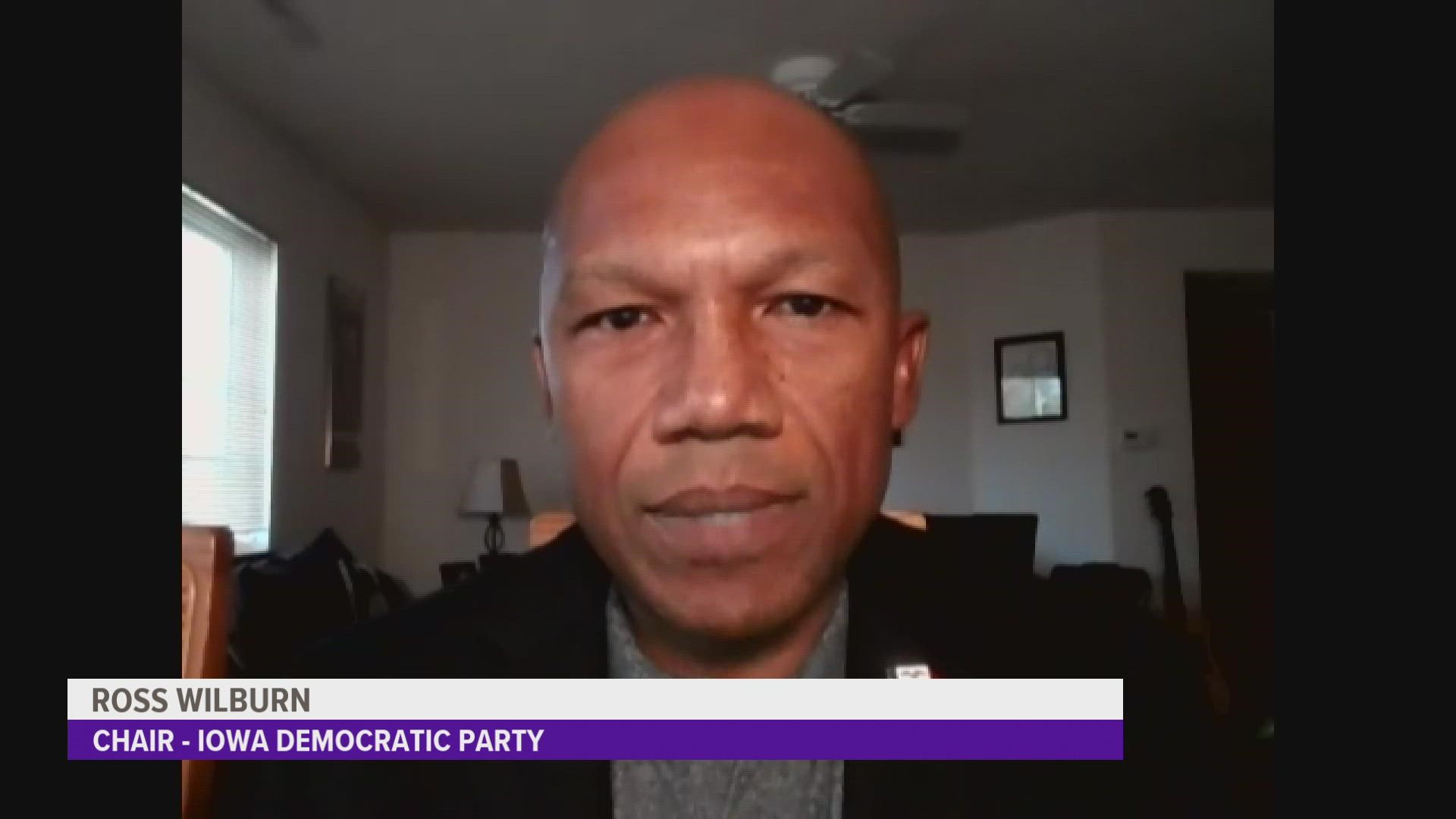 Ross Wilburn, first Black chair of Iowa’s Democratic Party, says he received a series of racist messages, including a lynching threat, after writing an opinion piece in a local newspaper criticizing former President Donald Trump and the state Republican officials who stood with him at a recent rally in Des Moines.

Wilburn reported the threatening phone and email messages to local police and state investigators. The messages came after The Des Moines Register’s online publication of Wilburn’s op-ed on October 8th. This was the day before thousands of Trump supporters gathered at the Iowa State Fairgrounds for the rally. Several in the crowd carried Confederate flags.

Wilburn said he received an anonymous voicemail message at his home with the lynching threat on October 9th. A day later, Wilburn received another voicemail that included a racial epithet and a profanity-laden email to his state legislative account that also included the racist term. Police confirmed Tuesday that they are investigating the messages sent to Wilburn.

The rise in threats against public officials began with the start of the pandemic as COVID-19 restrictions were implemented and continued through the divisive 2020 election, according to the Southern Law Poverty Law Center and Iowa is no exception. Wilburn’s experience is part of an uptick in racist and threatening communications aimed at Black leaders in Iowa and across the country, according to targets of the communications and a group that monitors them.

Wilburn, party chair since January and a legislator since 2019, wrote in his op-ed that Trump “openly attacked the foundations of our democracy” by continuing to assert that widespread fraud had cost him the 2020 election, false claims that have been rejected by a succession of judges, by state election officials and by Trump’s own attorney general, William Barr. The claims led supporters of Trump to storm the U.S. Capitol on Jan. 6 to stop the certification of Joe Biden’s victory, Wilburn noted.

But he took sharper aim at the Iowa Republicans who appeared at the Iowa rally, in particular Sen. Chuck Grassley and Gov. Kim Reynolds, saying they had “surrendered themselves” to Trump.

“What makes this particular set of incidents more intense is just the past few years, the willingness of certain individuals to be more vocal,” Wilburn said, referring to the threats to himself. “Layered innuendo comes forward with comments people make, I think, that has increased over the past few years.”

Democratic Rep. Ross Smith, who is also Black, said Wilburn’s experience has become more familiar.“It’s not new. But the level of intensity has reached the next level,” said Smith, who is seeking his party’s nomination for governor.