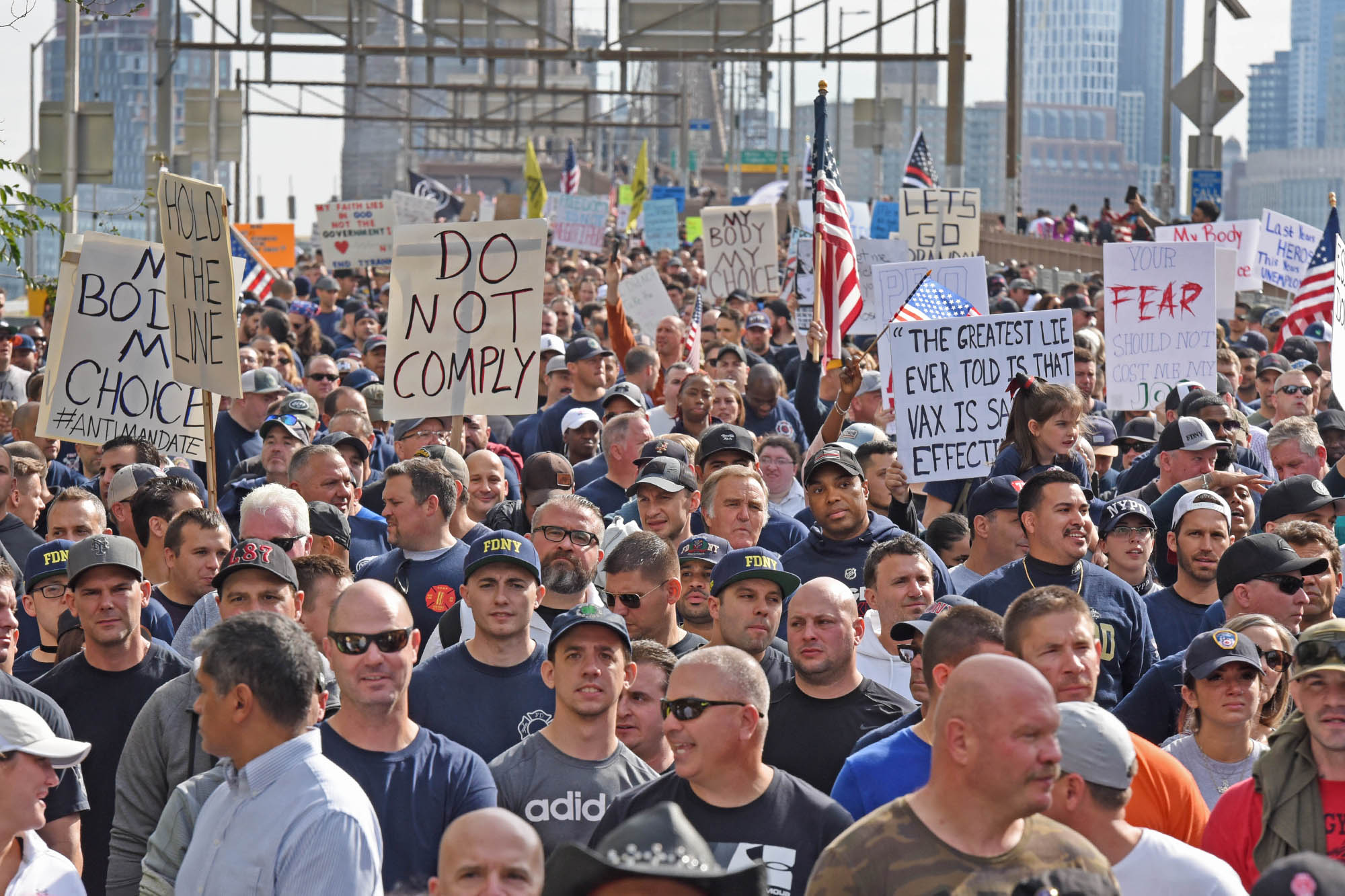 At least 20 people were arrested during the protest, a police source said.

Days after the mayor announced that all government employees except for jail staff will need to receive a vaccine shot by Friday or be placed on unpaid leave, about 5,000 incensed demonstrators marched over the Brooklyn Bridge to Manhattan.

Many carried American flags, chanting, “F–k de Blasio” and “We will not comply!”

Some protesters wore NYPD and FDNY shirts, and several hoisted Gadsden “Don’t Tread on Me” flags, while others took to the extreme of wearing yellow stars of David to compare the inoculation requirement to Nazi Germany’s persecution of Jews.