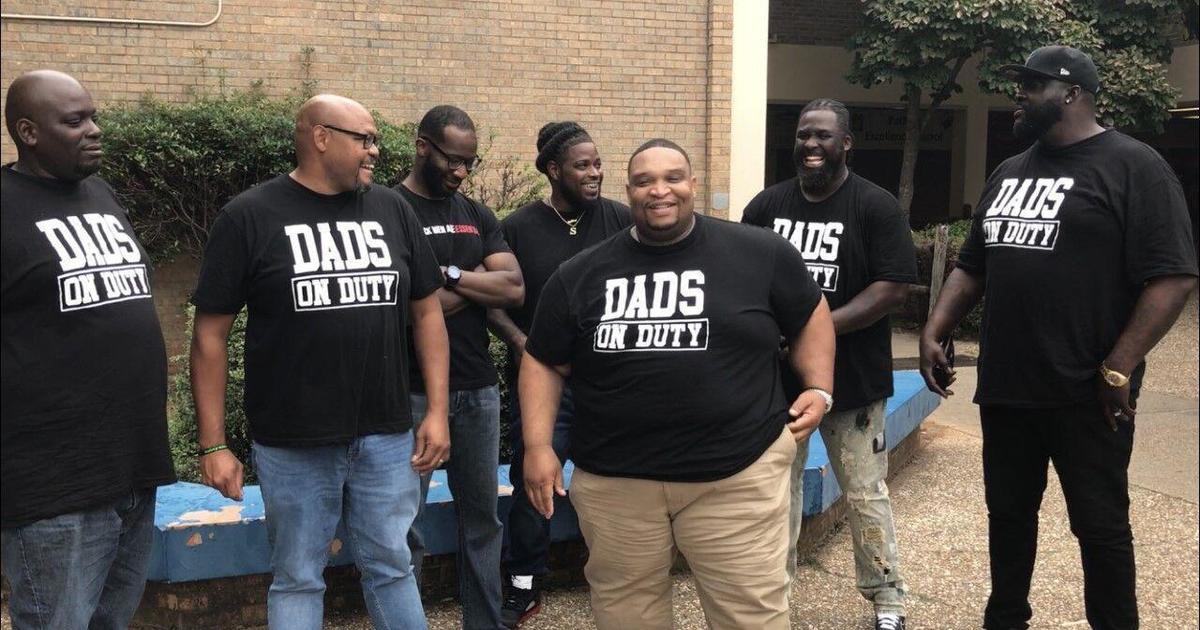 After a violent week of fighting in school that saw 23 students arrested in three days, Southwood High School parents knew something had to change.

Some dads decided to take matters into their own hands. They formed Dads on Duty — a group of about 40 dads who take shifts spending time at the school in Shreveport, Louisiana, greeting students in the morning and helping maintain a positive environment for learning, rather than fighting.

The students say it’s working — and the numbers prove it. There hasn’t been a single incident on campus since the dads showed up.

And though none of the dads have degrees in school counseling or criminal justice, they do have some relevant experience.

“We’re dads. We decided the best people who can take care of our kids are who? Are us,” Michael LaFitte, who started Dads on Duty, said.

Now, any negative energy that enters the building has to run the gauntlet of good parenting.

“I immediately felt a form of safety,” one of the students said. “We stopped fighting; people started going to class.”